Interest, skills and belief in own abilities steer youngsters towards STEM jobs.

The fact that many young women do not pursue a career in the 'STEM' fields of science, technology, engineering and mathematics may have its roots in gender stereotypes.

These not only magnify uncertainty and doubts in young women about their success, but also influence whether they are actually interested in mathematics or not, says Helen Watt of Monash University in Australia, who led a study in Springer's journal Sex Roles. It sought to understand the role that interest and ability in mathematics play in motivating career choices among young people in Australia and the US.

The study used previous data from Janet Hyde's Wisconsin Study of Families and Work, which included information from 298 American adolescents, and Watt's Study of Transitions and Education Pathways (STEPS), which included 331 Australian students.

Some of the findings are similar to those from the previous studies. For example, males aspire to careers that require more knowledge of physics, while females prefer ones involving biology. No gender differences were found when it came to chemistry-related choices. In the Australian sample, the preferred career choices of men required more mathematical knowledge than those of females.

Even though young women prefer biology careers, they do not have less aptitude in physics or mathematics if school grades and standardized tests are anything to go by. Young Australian men however hold their own mathematical abilities in higher regard and also show more interest in the field. According to Wilson, this could suggest that young men's belief in their own brain power may be inflated.

A young woman's actual or perceived mathematical abilities played a greater role in her decisions to follow a mathematics-related career path. In the American sample, for instance, the chances were good that a 10th grade girl who did well in the standardized mathematics test set would be contemplating a career involving physics by the 12th grade. In Australia, a young woman's self-belief about her maths skills influenced whether she would consider working in all of the major science fields.

"Girls need to know that they are scoring as well as their male counterparts on these objective measures and that they can be successful in mathematics-intensive careers," says Wilson.

The perceptions of parents in Australia had a significant impact on their children's future, and many youngsters took careful note of these before making career choices. Mothers tended to hold their sons' mathematical ability in higher regard. Their thoughts about their daughters' maths ability were much more tied to actual maths achievements, such as test scores.

These findings point to a gender bias in mothers' judgments about sons versus daughters, or might reflect differences in the self-concept that male and female adolescents hold of themselves. These therefore highlight the impact that parents can have in encouraging or discouraging their children's STEM career aspirations. 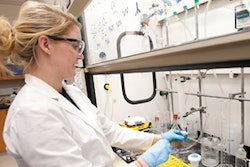