Sure, it's fun when kids ask Amazon's Alexa voice assistant to fart ... for about a day.

NEW YORK (AP) — Facebook is adding a "sleep" mode to its Messenger Kids service to let parents limit when their kids can use it.

It's the latest concession that tech companies are making as critics question whether they should be targeting kids at all. Among their chief concerns: The effects on kids are not yet known, and companies might not have children's best interests at heart when tech for kids is such a lucrative market.

Rather than kill the services completely, as some critics want, Facebook, Amazon and Google are mostly tinkering at the edges. That leaves open the underlying questions of whether their products truly serve a need for the youngest set and if they are good for them.

Here's a look at the changes announced this week:

In December, Facebook created a kids-friendly version of its Messenger app. It has no ads and gives parents plenty of controls over whom their children can chat with. The thinking was that while the regular apps are designed for people 13 or over, younger kids were on it anyway. Facebook saw Messenger Kids as a way to give the younger set a safer option.

Since 2015, the Google-owned service has had a child-oriented app, YouTube Kids, described as a "safer" experience for finding "Peppa Pig" episodes or user-generated videos of people unboxing toys.

Nonetheless, the company has been under fire for not vetting out computer-generated, sometimes-disturbing video, such as your favorite cartoon characters having painful dental surgery — or worse.

It also doesn't help that many kids (with or without their parents) use the main YouTube site for video, meaning they miss out on both human and automated controls for kids.

Sure, it's fun to ask Amazon's Alexa voice assistant to fart — as many kids have discovered after parents buy an Alexa-enabled Echo speaker. But parents and childhood experts have been wondering what effects smart speakers may have on young kids, who may not quite understand whether Alexa is human and maybe learn from barking orders at her that barking orders is OK. 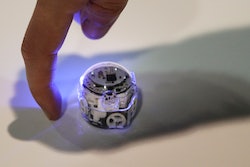 These 4 Robots Teach Kids to Code 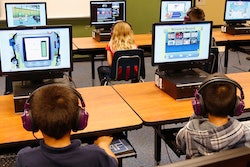 Does Apple Need to Make iPhones Safer for Kids? 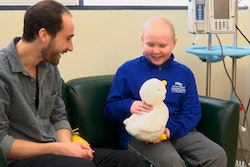