Since December 2014, Patriot partner nations have invested more than $7.2 billion with Raytheon.

IEN Staff
Patriot is a long-range, high altitude, all-weather solution that has been used in combat by five nations and rigorously tested more than 3,000 times with U.S. Army oversight under real-world conditions. Thirteen nations depend on Patriot as the foundation for their defense.
PRNewsFoto/Raytheon Company

The contract was awarded on Oct 19.

Patriot is built on a foundation of more than 1,400 flight tests, 3,000 ground tests and the experiences of the five nations that have used Patriot in combat operations.

The contract was awarded less than 45 days after Poland officially requested Patriot from the United States government and the Netherlands awarded Raytheon a contract to begin upgrading its own Patriot systems.

Since December 2014, the 13 Patriot partner nations have invested more than $7.2 billion with Raytheon in procuring and upgrading the system. 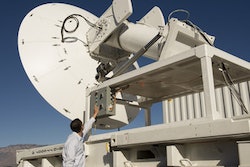