IEN Staff
A map of the National Mall in Washington, D.C., shows the location of the SIGMA mobile radiation detectors as deployment participants moved around the city. DARPA's SIGMA program is developing networked sensors that can provide dynamic, real-time radiation detection over large urban areas.
DARPA

On a recent sunny fall day in the nation’s capital, several hundred volunteers—each toting a backpack containing smartphone-sized radiation detectors—walked for hours around the National Mall searching for clues in a “whodunit” scavenger hunt to locate a geneticist who’d been mysteriously abducted.

The geneticist and his abduction were fictitious. But the challenge this scavenger hunt was designed to address is real: The need to detect even small quantities of radioactive material that terrorists might try to bring into an urban area with the intent of detonating a “dirty bomb,” or worse.

By getting volunteers to walk all day looking for clues, the DARPA-sponsored exercise provided the largest test yet of DARPA’s SIGMA program, which is developing networked sensors that can provide dynamic, real-time radiation detection over large urban areas.

A key element of SIGMA, which began in 2014, has been to develop and test low-cost, high-efficiency, radiation sensors that detect gamma and neutron radiation.

The detectors, which do not themselves emit radiation, are networked via smartphones to provide city, state, and federal officials real-time awareness of potential nuclear and radiological threats such as dirty bombs, which combine conventional explosives and radioactive material to increase their disruptive potential.

Following a demonstration earlier this year with the Port Authority of New York and New Jersey involving more than 100 SIGMA sensors, the 1,000-detector deployment in Washington, D.C., marked the largest number of SIGMA mobile detectors ever tested at one time and was a demonstration of the program’s ability to fuse the data provided by all those sensors to create minute-to-minute situational awareness of nuclear threats.

“The SIGMA system performed very well, and we collected and analyzed a huge amount of streaming data as we watched in real-time as participants covered a large portion of D.C.,” said Vincent Tang, DARPA program manager. “The data collected is already proving invaluable for further development of the system, and we’re excited that SIGMA is on track to provide U.S. cities an enhanced layer of defense against radiological and nuclear threats.”

Orchestrating a large event involving hundreds of people in the heart of the Capital required months of planning and coordination with multiple D.C. and federal agencies, as well as soliciting and registering volunteer participants.

The University of Maryland’s National Consortium for the Study of Terrorism and Responses to Terrorism (START)—a performer on the SIGMA program—was a prime player in successfully staging the day-long deployment. START recruited several hundred ROTC cadets from universities in the National Capital Region and midshipmen from the U.S. Naval Academy to participate in the event.

A number of DARPA and other government personnel volunteered as well.

To get volunteer participants to move widely around the downtown area with their detector-packed backpacks, the START team developed an intriguing spy-thriller scavenger hunt scenario that required participants to collect clues and perhaps ultimately solve the mystery of what had become of a scientist who had been dramatically abducted by masked men.

That included everything from preparing the detectors, packaging them into hundreds of backpacks, coordinating the detector tracking and data monitoring, and performing the analyses to help further refine the algorithms that will be integrated into an operational version of the SIGMA software.

Next steps in the SIGMA program include continuing to test full city- and regional-scale, continuous wide-area monitoring capability in 2017 and then transition the operational system to local, state, and federal entities in 2018. 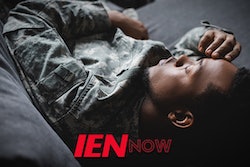