The work could improve safety in aviation, energy infrastructure. 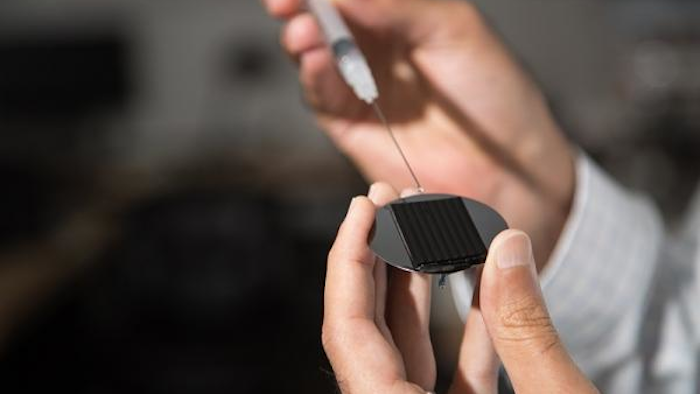 Hadi Ghasemi illustrates how a drop of water rolls off his icephobic surface.
Cullen College of Engineering

Icy conditions can be deadly, whether you're flying into bad weather or too close to power transmission lines during a storm. Researchers at the University of Houston have reported the discovery of a material that can be applied to any surface to repel ice.

The material, known as a magnetic slippery surface (MAGSS) is described in the current issue of Nature Communications.

Hadi Ghasemi, Bill D. Cook Assistant Professor of mechanical engineering at UH and principal investigator for the research, said the material outperforms all others currently in use.

"Anti-icing surfaces have a critical footprint on daily lives of humans ranging from transportation systems and infrastructure to energy systems, but creation of these surfaces for low temperatures remains elusive," the researchers wrote. "Non-wetting surfaces and liquid-infused surfaces have inspired routes for the development of icephobic surfaces. However, high freezing temperature, high ice adhesion strength, and high cost have restricted their practical applications."

Ghasemi describes the material this way: One side of the surface is coated with a magnetic material, while a thin layer of magnetic fluid - a mixture of fluid and iron oxide nanoparticles - is deposited on the other side. The magnetic fluid faces outside. When a droplet of water hits the surface, the magnetic fluid acts as a barrier, stopping the droplet from reaching the solid surface.

"There's no adhesion of the ice to the solid surface, so it basically slides off the surface," he said.

Potential applications range from the aircraft industry - planes can encounter freezing rain or super-cooled water droplets while flying, leading to a buildup of ice and potentially, a crash - to the power industry, where icing can cause power poles, towers and transmission lines to collapse.

Ultimately, Ghasemi hopes to develop the coating as a spray that can be applied to any surface. He has a patent pending on the discovery.

"These surfaces (MAGSS) provide a defect-free surface for ice nucleation and thereby lower the ice formation to close to homogenous nucleation limit," the researchers wrote. "These surfaces promise a new paradigm for development of icephobic surfaces in aviation technologies, ocean-going vessels, power transmission lines and wind turbines in extreme environments."

Among the advantages of the new material, Ghasemi said, is that it has a far lower freezing threshold than the best icephobic technology currently available - about minus 29 degrees Fahrenheit, compared to minus 13 degrees Fahrenheit for current technology.

"These new surfaces provide the path to tackle the challenge of icing in systems, thereby improving the quality of human life," he said.