The new tools are part of a free Creators Update that promises to make it easy for people to create and share files and images in 3-D. 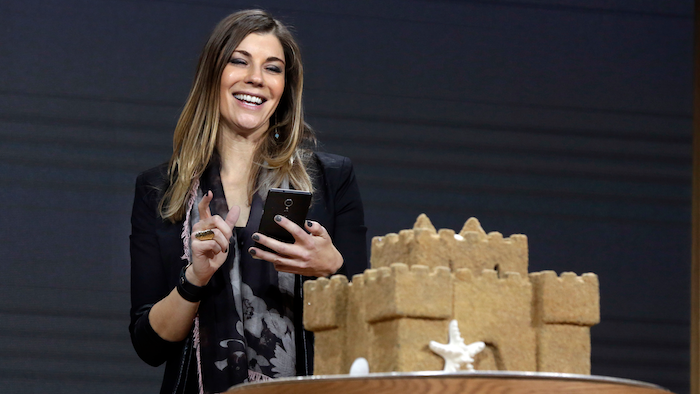 NEW YORK (AP) — Microsoft wants to bring life to common computing experiences by adding a third dimension to widely used software such as Windows and Office.

The new tools, part of a free "Creators Update" to Windows 10 early next year, promise to make it easy for people to create and share photos, drawings and other images in 3-D.

Microsoft also announced a high-end desktop called Surface Studio. Costing about $3,000, the Studio will be targeted at creators such as architects, artists and engineers, many of whom have long used Apple's Mac computers. The Studio's 28-inch display is on a flexible hinge, so users can view it straight on, or tilt it to as low as 20 degrees for drafting.

Wednesday's announcements in New York come a day before Apple is expected to refresh its Mac lineup.

Satya Nadella, Microsoft's CEO, said innovations over the past decade have been focused on "helping us consume more information and media in different formats." He said the next decade will be defined by technology that empowers people to create.

Jan Dawson, an analyst with Jackdaw Research, said Microsoft has been pushing business products and services lately. Dawson said the company "has needed a rallying point for a set of efforts around consumer use cases, and it appears to have decided on creativity as the catchphrase for this push."

Dawson said that Microsoft seems to be challenging not just Apple's success with professional creators, but wants to embrace a broader base of consumers, too.

While the Studio will likely be a niche product, the Windows update will have broader reach.

With the 3-D tools, for instance, instead of taking a regular photo of a sand castle in two dimensions a beach-goer will be able to scan all sides of the castle with a phone. Microsoft's tools will convert that into 3-D; viewers can rotate the virtual sand castle on the screen with their fingers. Microsoft plans to make it easy to share that on social media and even send to 3-D printers.

Business presentations can be enhanced as 3-D support comes to PowerPoint; you can rotate an object to focus on a particular angle. Microsoft's image-editing software Paint will also enable people to create 3-D artworks by combining existing 2-D images with newly scanned objects in three dimensions. Microsoft is launching a service called Remix 3D for people to share and showcase their 3-D creations.

Another Windows feature promises help people communicate more easily with friends and family. Windows will try to make multiple apps for video calls, email and chats seamless by letting users simply choose the person to send to rather than the app to send with. Microsoft, maker of the Xbox gaming console, will also offer live broadcasting of game play.

Microsoft also announced higher-end versions of the Surface Book laptop but left its Surface Pro 4 tablets untouched, starting at about $900. For all Surface devices, Microsoft will sell Surface Dial, a $99 circular accessory with new ways to scroll and navigate. Many of its capabilities, though, will require the Studio's touch screen.

In anticipation of Thursday's Mac announcement, Microsoft will let existing Mac laptop owners trade their devices in for new Surface tablets and laptops, but not the Studio.