The majority of U.S. students still lack a solid grasp of science despite some modest gains by fourth and eighth graders, especially girls and minorities. 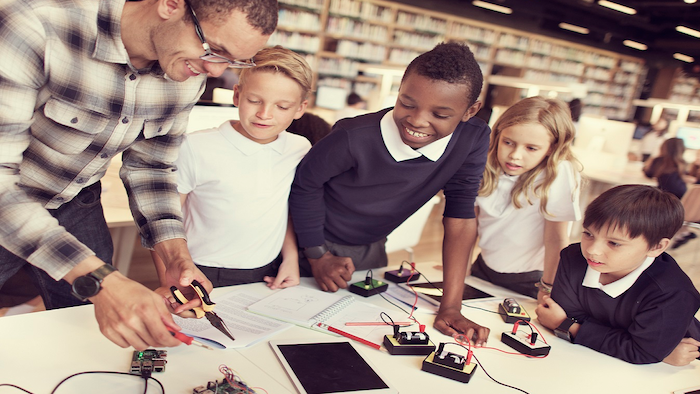 WASHINGTON (AP) — The vast majority of U.S. students still lack a solid grasp of science despite some modest gains by fourth and eighth graders, especially girls and minorities.

The problem is particularly acute among the nation's high school seniors.

The 2015 National Assessment of Educational Progress, often called the Nation's Report Card, released Thursday shows only about one-third of fourth and eighth graders demonstrated strong academic performance in the sciences. Among 12th graders, just one in five were proficient or above in science.

"We still are not at a place as a country where we are preparing the future STEM workforce that we need," Education Secretary John B. King Jr., said referring to science, technology, engineering, and math courses. "We think there's significant work still to do, but we are heartened by the progress that we see in these results."

Average scores on the science exam were up four points in grades 4 and 8, and unchanged for 12th grade, compared to 2009. The results also show that fourth-grade girls had closed the gender gap and were now performing as well as boys. In eighth grade, that gender gap had tightened.

Achievement gaps between white, black and Hispanic students narrowed, too, at grades four and eight, as minority students made greater gains, said Peggy Carr, acting commissioner at the National Center for Education Statistics.

Before the results were released, science teacher Lisa Hegdahl at McCaffrey Middle School in Galt, California, said her eighth-grade students have a huge interest in science, often wanting to continue their work outside the classroom.

"It's great because we were trying to show kids that science isn't just about the classroom. It's about the world you live in," Hegdahl, president of the California Science Teachers Association, said in an interview. "It's about why that tree is growing. It's why it's making a shadow and why that shadow changes over time. It's getting them to see the world a little bit differently and starting to be curious."

At the state level, Arizona had the biggest gain for fourth graders, scoring 11 points higher on the exam compared to 2009. Tennessee and Georgia followed, each with an eight-point gain. In eighth grade, the winners were Utah and Tennessee with tied for first place with a nine-point gain, followed by South Carolina and Mississippi, which each had an eight-point score gain over 2009. State level results were not available for 12th grade.

In fourth grade, the overall average score was 154 on a scale of 300 total points. The average score also was 154 for eighth grade.

For high school seniors, the average score was 150, flat from the last time the test was administered in 2009.