The batteries can operate across a wider voltage window with safer performance, and are cheaper than conventional lithium ion batteries.

Dual-ion batteries (DIBs) are a new type of battery developed in recent years, typically using graphite as both the cathode and anode material.

DIBs can operate across a wider voltage window with safer performance, and are cheaper than conventional lithium ion batteries.

Prof. Tang Yongbing and colleagues from the Shenzhen Institutes of Advanced Technology, Chinese Academy of Sciences, had previously developed a novel and low-cost aluminum-graphite DIB (AGDIB) using Al foil as both the anode and current collector.

Although the AGDIB exhibits high energy density, it is far from a practical application due to poor stability caused by the crack and pulverization problem of Al foil during cycling.

To solve this problem, Prof. Tang and his colleagues designed a 3D porous Al foil coated with a uniform carbon layer (pAl/C) both as the anode and the current collector for the DIB.

The 3D porous structure of Al alleviates the mechanical stress caused by the volume change of Al during electrochemical cycling, and shortens the ion diffusion length as well. The carbon layer helps buffer the Al volume change, and alleviates undesirable surface reactions through SEI film formation.

Therefore, owing to the synergistic effect of the porous and conductive structure of the pAl/C anode, the DIB exhibits an excellent long-term cycling stability of over 1000 cycles with 89.4% retention of capacity at 2C current rate (charging/discharging within 30 minutes).

It's worth noting that the energy density of this DIB is estimated to be 204 Wh kg-1 at a high power density of 3084 W kg-1 (charging/discharging within 4 minutes), which is two times larger than best commercial lithium ion batteries and the best performance of any reported DIBs.

This research was supported by the Guangdong Innovation Team and the National Natural Science Foundation of China and published online in Advanced Materials. 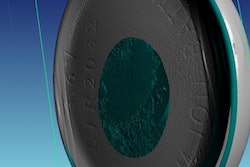 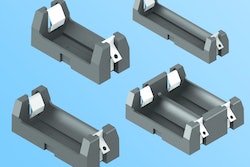 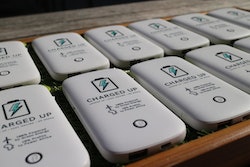