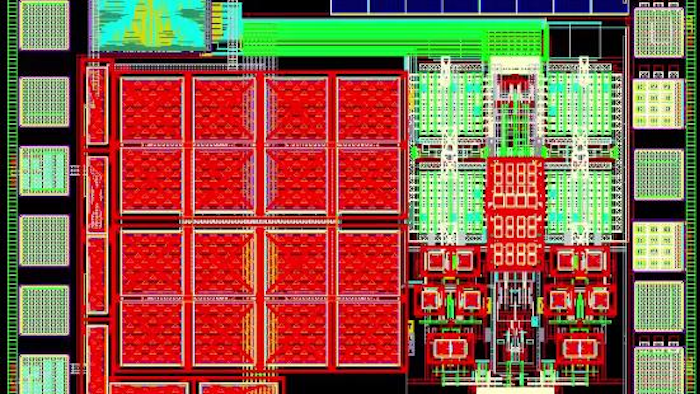 The explosion in wireless data usage across the world has been one of the great economic drivers of the last decade, and the global need for cheap, high-data-rate wireless access is expected to continue to grow rapidly for at least another decade. The new EFRI awards will build upon recent advances in materials science and engineering research. For example, last year, Columbia University engineering researchers invented integrated circuits that can allow radios to simultaneously transmit and receive on the same frequency, instead of requiring two separate frequencies as is typically the case.
Harish Krishnaswamy, Columbia University

The National Science Foundation (NSF) has awarded $18 million to nine teams of engineering-led, interdisciplinary researchers to break the conventional ways in which light and acoustic waves propagate.

Funded through NSF's Emerging Frontiers in Research and Innovation (EFRI) program, the teams -- comprising 37 researchers at 17 institutions -- will pursue transformative research in the area of new light and acoustic wave propagation, known as NewLAW, over the next four years.

The fundamental research is expected to disrupt the ways in which electronic, photonic and acoustic devices are designed and employed, and to enable completely new functionalities.

Why break the classical laws of physics?

The wave-based research focuses on the physical principles of reciprocity and time-reversal symmetry. In fundamental physics terms, reciprocity, as it applies to most types of materials and systems, means an electromagnetic or acoustic wave has to travel the same way in both the forward and reverse directions. In other words, if a wave behaves a certain way in one direction, if reversed, it should behave in the exact same way.

"Imagine a completely still body of water," said Massimo Ruzzene, who coordinated EFRI NewLaw during his rotation as an NSF program officer. "It takes the same amount of effort to swim from point A to point B and back. That's a reciprocal system."

But if there is movement or a disturbance in the water, the reciprocity in the system is broken.

The current reliance on systems that are reciprocal, or that allow for time-reversal symmetry, limits the ways in which light, high-frequency, i.e. radio and sound waves function or are employed in everyday life. That's because waves lose energy whenever they encounter an obstacle ... and the everyday environment is chock-full of obstacles. Try calling to your neighbor, for example, with a wall between you. The obstacle -- the wall -- stifles the sound as it obstructs the sound waves.

But what if a wall could be designed to allow sound to pass more easily in one direction but not the other?

"We want to break reciprocity on purpose," Ruzzene said. "The idea is to take waves and make them do things that were physically not possible before, such as bending light, radio waves or sound around an object, guiding them along a specific path, or completely absorbing them."

The ability to break reciprocity and time reversal symmetry could have applications for everything from ultrasound imaging and environmental noise reduction, to more compact and efficient wireless communications systems and photonic circuits.

"We can take advantage of variations in wave interaction to make radio frequency systems more compact, efficient and interference resilient," said Dimitris Pavlidis, NSF program officer who coordinated the NewLAW electronic and photonic efforts. "Try passing an item to someone on a moving merry-go-round while you stand on the ground. It’s much easier to do so if you are running the same direction, at the same speed. Now replace the people with waves; this is a non-reciprocal, yet successful, interaction. Such an achievement for radio frequencies can lead to revolutionary system applications from autonomous vehicles to big data."

Recent advances in materials research and engineering, including how materials behave differently in different environments, could change that. For example, innovations in metamaterials -- artificial materials that allow electromagnetic waves to bend around them -- have given researchers the ability to "cloak" objects, essentially making them invisible to sensors.

The new $18 million EFRI award signals NSF's resolve to be at the frontiers of wave propagation research.

"These investments are a classic (pun intended) example of how new approaches can reshape decades-old industries and conventions, and spark the development of new cutting-edge technologies that will maintain U.S. competitiveness," said Sohi Rastegar, head of the NSF Office of Emerging Frontiers and Multidisciplinary Activities, in which EFRI is a signature program.

The nine NewLAW principal investigators and projects include:

The Fiscal Year 2016 EFRI NewLAW topic was developed with significant input from the research community and in close collaboration between the NSF Directorates for Engineering; Computer and Information Science and Engineering; and Mathematical and Physical Sciences. It was also paired withthe 2016 EFRI ACQUIRE topic.

The EFRI program, established by the NSF Directorate for Engineering in 2007, seeks high-risk, high-payoff interdisciplinary research that has the potential to transform engineering and other fields. EFRI's goal is to inspire and empower researchers to expand the limits of knowledge in the service of grand challenges and national needs.