American students are perfectly capable and interested in entering those fields, but aren’t being encouraged to pursue a STEM career. 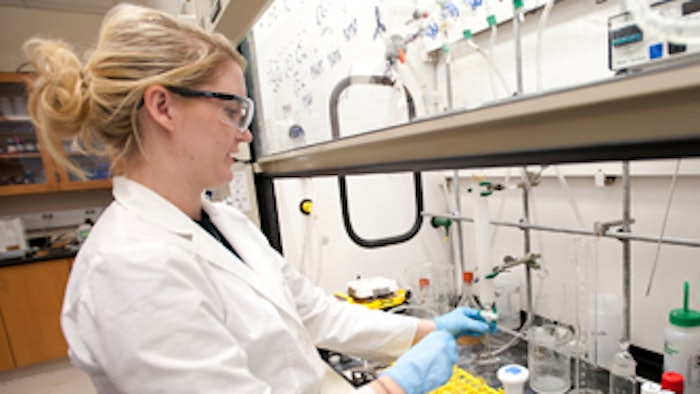 A UTSA student works in an on-campus laboratory.
UTSA

A new study by Huy Le, associate professor of management at The University of Texas at San Antonio (UTSA), identifies factors that could lead more young students to successful careers in the science, technology, engineering and math (STEM) fields.

Over the past several years, the U.S. has ranked low among other nations in numbers of students proficient in math and science, as well as skilled workers in those fields.

According to Le, American students are perfectly capable and interested in entering those fields, but aren’t being encouraged to pursue a STEM career.

He and his colleagues followed students from the time they were in 8th grade up to between 6 and 9 years after they first applied to college. They adapted a psychological framework to their evaluations of the students, focusing specifically on how well they fit into the STEM environment.

“People seek out the environment that fits their personal characteristics,” Le said. “If they work in an arena that suits them, they’ll be happy and successful. With these predictors, we can identify students with potential for obtaining a STEM degree nearly a decade before they pursue it.”

Le also found no difference between the abilities of girls and boys to succeed in STEM, based on these two predictors. Essentially, if a girl and a boy have the same amount of interest and ability to succeed, they are each entirely capable of doing so.

“There are many theories about the social pressure that keeps women out of STEM,” he said. “We found that young men in general were more interested in the field, but considering that young women showed the same ability in our study, that seems to suggest that the dearth of women in the field is probably due to societal factors.”

Le notes that many students, especially women, who excel cognitively also have excellent verbal ability and will often choose a career other than STEM because they have so many opportunities before them. Le says that educators and counselors can influence those decisions by simply introducing students to the benefits of a career in science or engineering.

“This is a critical issue in our economy right now,” he said. “We have a crippling deficit of participants in the STEM field, and if we can encourage our students to pursue this path, we’ll be on our way to eradicating it.”