For being our familiar anchor in the night sky, the moon still holds mysteries for scientists. To illuminate the unknown, Lockheed Martin has signed a contract with NASA to deploy SkyFire, a 6U CubeSat planned to launch to the moon in 2018 with Orion’s Exploration Mission-1 (EM-1).

“The CubeSat will look for specific lunar characteristics like solar illumination areas,” said James Russell, Lockheed Martin SkyFire principal investigator. “We’ll be able to see new things with sensors that are less costly to make and send to space.”

The moon is just the proving ground for this new technology. If successful, the infrared system on SkyFire could eventually be used for cost-effective studies of a planet’s resources before humans arrive. This includes tasks like analyzing soil conditions, determining ideal landing sites and discovering a planet’s most livable areas.

“For a small CubeSat, SkyFire has a chance to make a big impact on future planetary space missions,” Russell explained. “With less mass and better instruments, we can get closer, explore deeper and learn more about the far reaches of our solar system.”

It’s not only SkyFire’s technology that makes this little CubeSat’s mission larger-than-life. As part of NASA’s Next Space Technologies for Exploration Partnerships (NextSTEP) program, SkyFire will catch a ride to the moon with 12 other CubeSats on EM-1.

The Lockheed Martin development team primarily consists of early-career engineers in partnership with the University of Colorado Boulder. 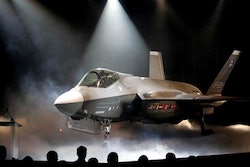 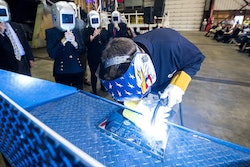 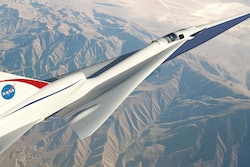