Wind, Nuclear Advance as State Moves Ahead with Energy Plan

It wants to generate half of its energy from renewable sources by 2030. Now comes the hard part: figuring out how to do it. 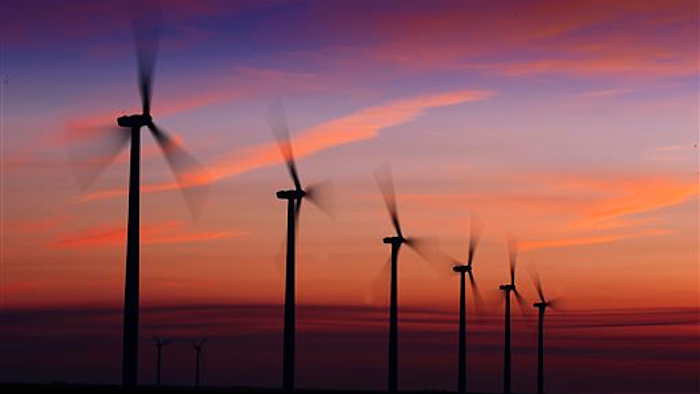 ALBANY, N.Y. (AP) — New York state committed last year to generating half of its energy from renewable sources by the year 2030.

Now comes the hard part: figuring out how to do it.

Several big decisions in the next few weeks could fill in some of the details about how the state will meet Gov. Andrew Cuomo's renewable energy standard and decide where New Yorkers will get their energy in the years to come.

On Long Island, regulators will soon vote on a plan to authorize the largest offshore wind farm in the United States. In Albany, the state's Public Service Commission is considering a series of big subsidies for upstate nuclear power plants to allow them to continue operating.

Cuomo, a Democrat, directed state energy officials to create a plan to produce 50 percent of its power from renewable sources by 2030. While he's pushing for big investments in wind and solar energy, he argues that nuclear power should serve as a "bridge" as the state ramps up its use of solar and wind energy, which, along with other renewable sources, now generate about a quarter of the state's energy.

"Nuclear has a role. Some people are against nuclear power as a matter of principle. I disagree with them," he told reporters last week. "Unless we're willing to go back to candles, which would be uncomfortable and inconvenient, we need energy generation. The question is one of balance."

But environmental advocates say the subsidies for aging, potentially hazardous nuclear plants are too expensive, and unnecessary. The subsidies could cost nearly $8 billion over the next 13 years.

Jessica Azulay, of the Alliance for a Green Economy, said that money should be invested in renewable sources, or in efforts to help communities with nuclear plants find new economic engines.

Meanwhile, the Long Island Power Authority is poised to approve a plan for a 90-megawatt, 15-turbine wind farm in east of Montauk. Offshore wind is seen by many environmentalists as especially promising, given the turbines proximity to major population centers.

"This is what our clean energy future looks like," said Kit Kennedy, director of the energy and transportation program at the National Resources Defense Council.

Complicating the fight over nuclear power and the offshore wind proposal are older debates about jobs, energy costs and fossil fuels like natural gas and coal. The Independent Power Producers of New York, a trade group that represents energy producers, cautions against energy standards that "pick winners and losers" and create financial burdens on ratepayers.

The nuclear debate has other, more political angles too. Cuomo's powerful allies in organized labor are also supporting the plants, eager to protect thousands of upstate jobs.

"This is an important issue for the entire labor movement," said state AFL-CIO president Mario Cilento.

A vote on the subsidies by state utility regulators could come as soon as Aug. 1.

Cuomo's embrace of nuclear isn't total. While he supports investment in upstate plants like FitzPatrick in Oswego, he has called for the closure of Indian Point, a plant on the Hudson River just north of New York City. Cuomo said he doesn't believe nuclear plants should be located near areas with such large populations.