Ecole Polytechnique Fédérale de Lausanne
The crystal structure of SBMOF-1. The light blue surface is a visualization of the one-dimensional channel that SBMOF-1 creates for the gas molecules to move through. The darker blue surface illustrates where a Xe atom sits in the pores of SBMOF-1 when it adsorbs.
Berend Smit/EPFL/University of California Berkley

An international team of scientists at EPFL and the U.S. have discovered a material that can clear out radioactive waste from nuclear plants more efficiently, cheaply, and safely than current methods.

Nuclear energy is one of the cheapest alternatives to carbon-based fossil fuels, but nuclear fuel reprocessing plants generate waste gas that is currently expensive and dangerous. Scanning hundreds of thousands of materials, scientists led by EPFL and their US colleagues have now discovered a material that can absorb nuclear waste gases much more efficiently, cheaply and safely. The work is published in Nature Communications.

Nuclear-fuel reprocessing plants generate volatile radionuclides such as xenon and krypton, which escape in the so-called "off-gas" of these facilities - the gases emitted as byproducts of the chemical process. Current ways of capturing and clearing out these gases involve distillation at very low temperatures, which is expensive in terms of both energy and capital costs, and poses a risk of explosion.

Scientists led by Berend Smit's lab at EPFL (Sion) and colleagues in the US, have now identified a material that can be used as an efficient, inexpensive and safer alternative to separate xenon and krypton - and at room temperature. The material, abbreviated as SBMOF-1, is a nanoporous crystal and belongs a class of materials that are currently used to clear out CO2 emissions and other dangerous pollutants.

These materials are also very versatile, and scientists can tweak them to self-assemble into ordered, pre-determined crystal structures. In this way, they can synthesize millions of tailor-made materials that can be optimized for gas storage separation, catalysis, chemical sensing and optics.

The scientists carried out high-throughput screening of large material databases of over 125,000 candidates. To do this, they used molecular simulations to find structures that can separate xenon and krypton, and under conditions that match those involved in reprocessing nuclear waste.

Because xenon has a much shorter half-life than krypton - a month versus a decade - the scientists had to find a material that would be selective for both, but would capture them separately. As xenon is used in commercial lighting, propulsion, imaging, anesthesia and insulation, it can also be sold back into the chemical market to offset costs.

The scientists identified and confirmed that SBMOF-1 shows remarkable xenon capturing capacity and xenon/krypton selectivity under nuclear plant conditions and at room temperature. 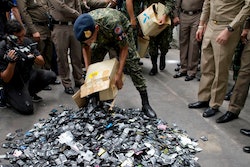 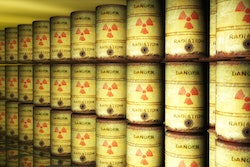 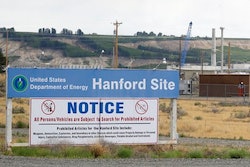