Women are Ditching the Tampon for New 'Period-Proof' Products

About 70 years after the invention of disposable tampons (a $3B market), women are choosing environmentally-friendly forms of feminine products. 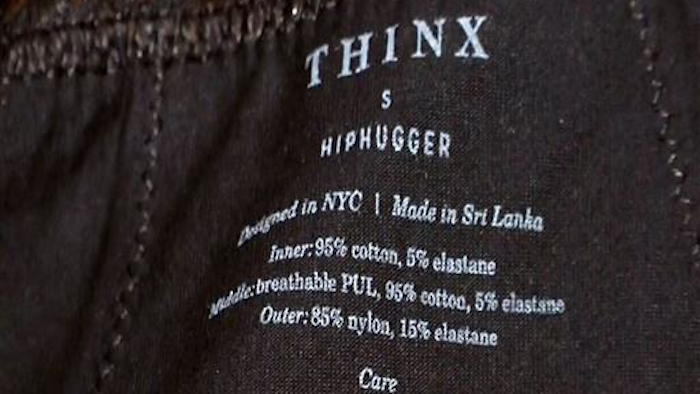 This May 2, 2016, photo shows Thinx that are reusable “period-proof” underwear in New York. More than 70 years after the invention of disposable tampons and sanitary pads, some women are returning to environmentally friendly forms of feminine products.
AP Photo/Bonny Ghosh

WASHINGTON (AP) — The more things change, the more they stay the same.

About 70 years after the invention of disposable tampons and sanitary pads, some women — primarily millennials — are choosing environmentally friendly forms of feminine products.

There's Thinx, a reusable "period-proof" underwear line splashed across subway ads in New York after the company launched a year ago. In addition, some women are opting for cloth pads or bell-shaped menstrual cups worn inside the vagina.

Morgan Battista of Douglassville, Pennsylvania, made the switch to reusable cups in March after hearing about them online. The 29-year-old said she wanted a more natural product that created less waste.

"I definitely would never go back to tampons," she said. "It's a game-changer."

While such products have yet to put a major dent in the more than $3 billion in U.S. sales for disposable pads and tampons last year, they have shifted the conversation about menstruation.

"When I first started talking about these issues about a decade ago, my students had never heard of alternative products. They'd never even considered a cloth pad or a sponge, and the underwear wasn't even on the market," said Chris Bobel, an associate professor of women's studies at the University of Massachusetts, Boston.

Since launching in May 2015, Thinx CEO and founder Miki Agrawal said the company has sold about 500,000 pairs of the period panties at a price of $24 to $38 each. They're constructed of four ultra-thin absorbent layers and are billed as completely antimicrobial, moisture-wicking and leak-resistant.

"If you ask any woman in your life, 'Have you ever experienced a leak, a stain, an accident in your period?' every single woman will say, 'Obviously.' And so it's a no-brainer idea," Agrawal said.

Diva International Inc., which makes silicone menstrual cups, sold about 350,000 reusable cups in the U.S. last year, with millions more across brands purchased around the globe, said Daniela Masaro, a Diva Cup spokeswoman. The company launched in 2002 and has experienced growth in the double digits over the last three years, Masaro said.

Other companies would not disclose actual numbers in dollars or units.

She, too, points to a recent bump in U.S. sales among reusable products.

"The mindset might be a little bit more open to experimenting with different products and not just what mom uses. So this is where the opportunities are really for alternative product manufacturers to really build that relationship," Uduslivaia said. "Many of them are fairly small so the capital investment in TV ads or sort of traditional media advertising is not always an option."

Some women are skeptical, however, because of the cleaning and maintenance involved. Gabi Chepurny, 25, of Los Angeles said she was initially hesitant to try the menstrual cup.

Will the sellers of traditional disposable products get in the game? So far, no, including the makers of Tampax, Procter & Gamble, and the company that sells Kotex, Kimberly-Clarke. That could change.

"We are always listening to women to better understand what more they would like from their feminine care products," said P&G spokeswoman Laura Dressman.