Lockheed's Hybrid Airship Sale Worth Up To $480 Million

The Hybrid Airship can transport cargo and passengers to and from remote locations. 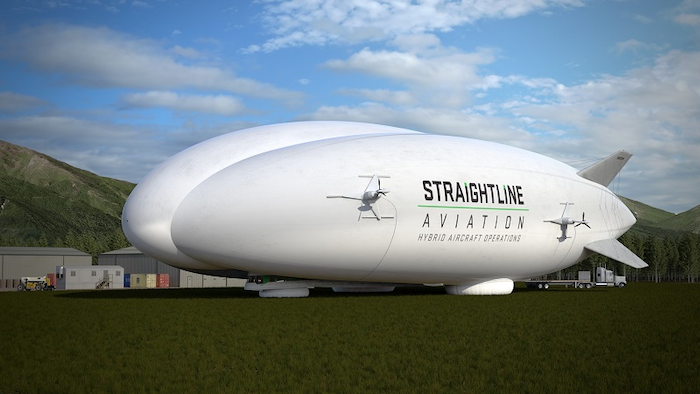 The Hybrid Airship provides affordable and safe delivery of cargo and personnel to virtually anywhere – water or land. Hybrids were designed to enable a more sustainable future.
Lockheed Martin

This week, Straightline Aviation (SLA) signed a letter of intent to purchase up to 12 Lockheed Martin Hybrid Airships with a potential value of approximately $480 million.

With a unique, tri-lobe shape and air cushion landing system, the Hybrid Airship can affordably transport cargo and passengers to and from the most remote locations, according to the company. They require little-to-no fixed ground infrastructure and burn significantly less fuel compared to conventional aircraft.

Headquartered in the United Kingdom with offices in New York and Los Angeles, SLA was co-founded by a team of experienced airship and aviation executives with the sole purpose of bringing Hybrids into operation.

SLA CEO Mike Kendrick previously founded and ran the Virgin Group’s extensive airship interests, including the Virgin Airship and Balloon Company (VABC). David Tait, the president of SLA’s U.S. operations, was a founding member of the team that created Virgin Atlantic Airways and was the executive vice president of Virgin Atlantic Airways’ U.S. operation for 18 years.

“We are delighted to be first in line with this magnificent aircraft that is going to dramatically change the way cargo is moved around the world,” Kendrick said in a recent release. “The clear-cut economic and environmental advantages of these Hybrids are attracting vast amounts of attention from a wide-range of potential end users.”

Lockheed's Orca is a Huge UUV