Displays grow blurry and sluggish in extreme temperatures, but this prolific inventor has solved the stubborn problem. 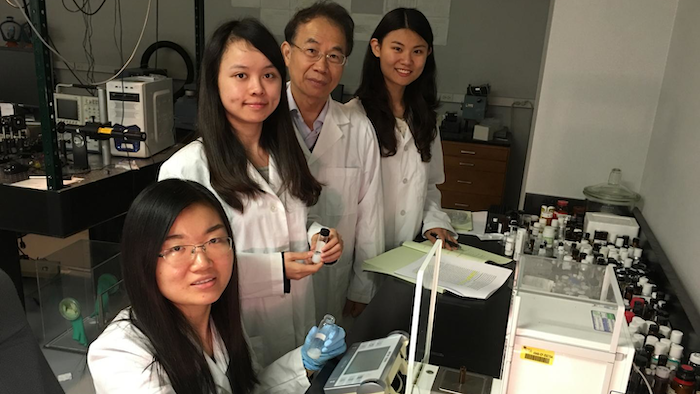 One of the University of Central Florida's (UCF) most prolific inventors has solved a stubborn problem: How to keep the electronic displays in your car working, whether you're driving in the frigid depths of winter or under the broiling desert sun.

LCD screens are everywhere -- our smartphones, televisions, laptops and more. Increasingly, they're now popping up in automobiles, where it's now common to find liquid crystal displays showing speed, distance, fuel consumption and other information, as well as GPS mapping, rearview cameras and audio systems.

But current technology has an Achilles heel: The displays grow blurry and sluggish in extreme temperatures.

"Liquid crystals exist only in a certain temperature range. In order to work in extreme environments, we need to widen that temperature range," said researcher Shin-Tson Wu of the University of Central Florida.

That's what Wu and his team have done in his lab in UCF's College of Optics & Photonics.

In addition, the pixels are able to change their brightness level about 20 times faster than required by European automotive standards.

The breakthrough has applications in the automotive industry and with any other manufacturer of devices with LCD screens.

Wu, who holds UCF's highest faculty honor as a Pegasus Professor, is no stranger to new discoveries with practical uses in the real world. He previously played a key role in developing LCDs for smartphones and other devices that are readable in sunlight.

Through his work with advanced LCDs, adaptive optics, laser- beam steering, biophotonics and new materials, Wu has registered about 84 patents. In 2014, he was one of the first inductees to the Florida Inventors Hall of Fame.

Wu worked with a team of doctoral students from his research group -- Fenglin Peng, Yuge "Esther" Huang and Fangwang "Grace" Gou -- as well as collaborators from Xi'an Modern Chemistry Research Institute in Xi'an, China, and DIC Corp. in Japan.

"Our team is always trying to find new recipes for materials," Huang said.

Wu is currently working on a smart brightness control film that has applications for automobiles, planes, eyewear, windows and more.