How to Choose the Right Power Cable in Robotic Welding Applications

Ryan Lizotte
While they are easy components to overlook, the right robotic MIG gun and power cable can help provide optimum welding performance.

In robotic MIG welding applications, minimizing downtime is key. It reduces costs and improves efficiencies to help an operation meet its production goals. Gaining the best performance, in part, depends on the equipment being used. Having the right robotic MIG gun and power cable, for example, is critical (view photos in gallery).

There are several factors to consider when determining the right gun style and cable length for the application. Prioritizing these are important, as using the wrong length cable can cause problems ranging from premature cable failure to poor wire feeding.

Before selecting the power cable length, first consider whether a conventional gun or a through-arm robotic gun is best-suited for the application. Each style has its advantages and limitations.

When choosing between the two, consider the available space and weld cell layout, joint access and the type of material being welded.

Conventional guns can often access joints better and/or maneuver around tooling or fixturing that a through-arm gun can’t reach. Conventional guns can also be less expensive and faster to install, although they do require proper cable management. They also require more space, so they aren’t typically the best choice in smaller weld cells.

Through-arm guns work well in applications where deep access to the part or fixture is necessary. Since they don’t have a mounting arm and take up less space, they also offer advantages in smaller weld cells. The design of the gun —with the power cable assembly running through the arm of the robot —manages excess cable slack, which typically helps them last longer than a conventional power cable.

Selecting the proper cable length is critical for both types of guns and numerous factors impact the choice. These include wire feeder, the make and model of the robot, and robot articulation.

Having the right cable length helps prevent problems with wire feeding that can lead to downtime and unnecessary labor and/or part costs to address the issue. The wrong cable can further increase costs and downtime due to premature cable failure.

When using a conventional gun, a cable that is too short causes tension, which can result in components prematurely breaking down in the cable assembly. It can also cause the clutch or the robot to overload, which will send a collision detection signal that stops the robot — resulting in unnecessary downtime. A cable that is too long is also a problem, because it can get caught on tooling or result in extra weight that bogs down the mounting arm – potentially overloading the clutch.

With a through-arm gun, a too-short cable with visible tension also causes problems. Choose a cable that allows some slack for the robot arm to move around. But remember, too much slack can be as problematic as too little slack.

When choosing proper cable length for a through-arm gun, it’s important to know the robot make and model, the feeder make and model, and the measurements of the system. If any nonstandard equipment or tooling is mounted to the face of the robot, such as a gripper or a camera, this changes the thickness of the plate and therefore impacts the necessary cable length, requiring it to be longer. It is also important to know where the wire feeder is mounted relative to the robot casting to ensure proper cable length.

Much of the same information is needed in choosing the right cable length for a conventional gun: robot make and model, feeder make and model. In addition, consider where the feeder is mounted on the robot or even remotely, as both will affect cable length.

For both types of guns, the feeder should be adjusted each time the cable is replaced to manage cable slack properly. Failing to properly adjust the wire feeder can result in a cable that is too tight or long for the given application, causing premature failure and potential damage to the robot or wire feeder.

Fixing these issues at the start of the process can help avoid much greater downtime and costs later.

Following some best practices can help extend power cable life, reduce downtime and improve productivity. Many of the best practices are related to the programming of the automated welding system.

Oftentimes, cables fail because they were set up to fail — the system is asking too much of the cable. Make sure the robot doesn’t articulate too far in either direction, to avoid placing excess stress on the cable, whether it is a conventional or through-arm robotic gun.

It’s also important to limit the movements of axis five (bending) and axis six (rotation) to help extend cable life. The joints of the robot get smaller as they move from the base to the wrist. Use the larger joints nearer to the base as much as possible and rely on the smaller joints only when necessary to reach the weldment.

In addition, employ a cable management system when using a conventional gun to ensure there isn’t too much slack in the cable. With too much slack, the cable will rub on anything around it and possibly catch on fixturing. When a robot moves at production speed, it can break the cable or fixture. Cable management systems can take the form of a recoil with an adjustment knob and pulley that allows the maintenance personnel or welding operator to adjust the position (length) and tension of the power cable.

When using a through-arm gun, choose a rotating power cable connection to reduce the stress on the system. Conventional style unicables typically come with a crimped or solid connection, which limits rotational capabilities and produces torsional stress on the cable. Unlike conventional unicables, a power cable that incorporates a rotating power connection allows for stress-free rotation — and can ensure a longer cable life.

Reduce Downtime with the Right Choice 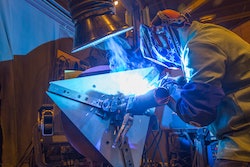 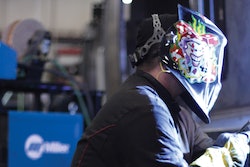 Make the Most of Your Welding Info 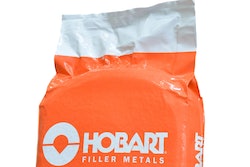