The F-35 was supposed to be the fighter jet that could do everything the U.S. military desired.

Michael P. Hughes
Everything to everyone – or is the F-35 a big expense for not much benefit?
U.S. Air Force/Alex R. Lloyd

The F-35 was billed as a fighter jet that could do almost everything the U.S. military desired, serving the Air Force, Marine Corps and Navy – and even Britain’s Royal Air Force and Royal Navy – all in one aircraft design.

It’s supposed to replace and improve upon several current – and aging – aircraft types with widely different missions. It’s marketed as a cost-effective, powerful multi-role fighter airplane significantly better than anything potential adversaries could build in the next two decades. But it’s turned out to be none of those things.

Officially begun in 2001, with roots extending back to the late 1980s, the F-35 program is nearly a decade behind schedule, and has failed to meet many of its original design requirements. It’s also become the most expensive defense program in world history, at around US$1.5 trillion before the fighter is phased out in 2070.

The unit cost per airplane, above $100 million, is roughly twice what was promised early on. Even after President Trump lambasted the cost of the program in February, the price per plane dropped just $7 million – less than 7 percent.

And yet, the U.S. is still throwing huge sums of money at the project. Essentially, the Pentagon has declared the F-35 “too big to fail.” As a retired member of the U.S. Air Force and current university professor of finance who has been involved in and studied military aviation and acquisitions, I find the F-35 to be one of the greatest boondoggles in recent military purchasing history.

The Pentagon is trying to argue that just because taxpayers have flushed more than $100 billion down the proverbial toilet so far, we must continue to throw billions more down that same toilet. That violates the most elementary financial principles of capital budgeting, which is the method companies and governments use to decide on investments. So-called sunk costs, the money already paid on a project, should never be a factor in investment decisions. Rather, spending should be based on how it will add value in the future.

Keeping the F-35 program alive is not only a gross waste in itself: Its funding could be spent on defense programs that are really useful and needed for national defense, such as anti-drone systems to defend U.S. troops.

Part of the enormous cost has come as a result of an effort to share aircraft design and replacement parts across different branches of the military. In 2013, a study by the RAND Corporation found that it would have been cheaper if the Air Force, Marine Corps and Navy had simply designed and developed separate and more specialized aircraft to meet their specific operational requirements.

Not Living Up to Top Billing

But that’s not how the plane has turned out. In January 2015, mock combat testing pitted the F-35 against an F-16, one of the fighters it is slated to replace. The F-35A was flown “clean” with empty weapon bays and without any drag-inducing and heavy externally mounted weapons or fuel tanks. The F-16D, a heavier and somewhat less capable training version of the mainstay F-16C, was further encumbered with two 370-gallon external wing-mounted fuel tanks.

In spite of its significant advantages, the F-35A’s test pilot noted that the F-35A was less maneuverable and markedly inferior to the F-16D in a visual-range dogfight.

One key reason the F-35 doesn’t possess the world-beating air-to-air prowess promised, and is likely not even adequate when compared with its current potential adversaries, is that it was designed first and foremost to be a stealthy airplane. This requirement has taken precedence over maneuverability, and likely above its overall air-to-air lethality. The Pentagon and especially the Air Force seem to be relying almost exclusively on the F-35’s stealth capabilities to succeed at its missions.

Like the F-117 and F-22, the F-35’s stealth capability greatly reduces, but does not eliminate, its radar cross-section, the signal that radar receivers see bouncing back off an airplane. The plane looks smaller on radar – perhaps like a bird rather than a plane – but is not invisible. The F-35 is designed to be stealthy primarily in the X-band, the radar frequency range most commonly used for targeting in air-to-air combat.

In other radar frequencies, the F-35 is not so stealthy, making it vulnerable to being tracked and shot down using current – and even obsolete – weapons. As far back as 1999 the same type of stealth technology was not able to prevent a U.S. Air Force F-117 flying over Kosovo from being located, tracked and shot down using an out-of-date Soviet radar and surface-to-air missile system. In the nearly two decades since, that incident has been studied in depth not only by the U.S., but also by potential adversaries seeking weaknesses in passive radar stealth aircraft.

Of course, radar is not the only way to locate and target an aircraft. One can also use an aircraft’s infrared emissions, which are created by friction-generated heat as it flies through the air, along with its hot engines. Several nations, particularly the Russians, have excellent passive infrared search and tracking systems, that can locate and target enemy aircraft with great precision – sometimes using lasers to measure exact distances, but without needing radar.

It’s also very common in air-to-air battles for opposing planes to come close enough that their pilots can see each other. The F-35 is as visible as any other aircraft its size.

Lockheed Martin and the Pentagon say the F-35’s superiority over its rivals lies in its ability to remain undetected, giving it “first look, first shot, first kill.” Hugh Harkins, a highly respected author on military combat aircraft, called that claim “a marketing and publicity gimmick” in his book on Russia’s Sukhoi Su-35S, a potential opponent of the F-35. He also wrote, “In real terms an aircraft in the class of the F-35 cannot compete with the Su-35S for out and out performance such as speed, climb, altitude, and maneuverability.”

Other critics have been even harsher. Pierre Sprey, a cofounding member of the so-called “fighter mafia” at the Pentagon and a co-designer of the F-16, calls the F-35 an “inherently a terrible airplane” that is the product of “an exceptionally dumb piece of Air Force PR spin.” He has said the F-35 would likely lose a close-in combat encounter to a well-flown MiG-21, a 1950s Soviet fighter design. Robert Dorr, an Air Force veteran, career diplomat and military air combat historian, wrote in his book “Air Power Abandoned,” “The F-35 demonstrates repeatedly that it can’t live up to promises made for it. … It’s that bad.”

How Did We Get Here?

How did the F-35 go from its conception as the most technologically advanced, do-it-all military aircraft in the world to a virtual turkey? Over the decades-long effort to meet a real military need for better aircraft, the F-35 program is the result of the merging or combination of several other separate and diverse projects into a set of requirements for an airplane that is trying to be everything to everybody.

In combat the difference between winning and losing is often not very great. With second place all too often meaning death, the Pentagon seeks to provide warriors with the best possible equipment. The best tools are those that are tailor-made to address specific missions and types of combat. Seeking to accomplish more tasks with less money, defense planners looked for ways to economize.

For a fighter airplane, funding decisions become a balancing act of procuring not just the best aircraft possible, but enough of them to make an effective force. This has lead to the creation of so-called “multi-role” fighter aircraft, capable both in air-to-air combat and against ground targets. Where trade-offs have to happen, designers of most multi-role fighters emphasize aerial combat strength, reducing air-to-ground capabilities. With the F-35, it appears designers created an airplane that doesn’t do either mission exceptionally well. They have made the plane an inelegant jack-of-all-trades, but master of none – at great expense, both in the past and, apparently, well into the future.

I believe the F-35 program should be immediately cancelled; the technologies and systems developed for it should be used in more up-to-date and cost-effective aircraft designs. Specifically, the F-35 should be replaced with a series of new designs targeted toward the specific mission requirements of the individual branches of the armed forces, in lieu of a single aircraft design trying to be everything to everyone.

This article was originally published on The Conversation. Read the original article here: http://theconversation.com/what-went-wrong-with-the-f-35-lockheed-martins-joint-strike-fighter-60905. 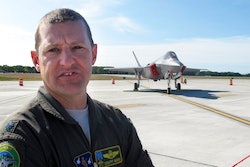 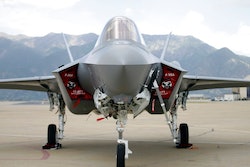 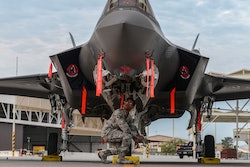