The current unit price ranges from $90 million to $115 million. 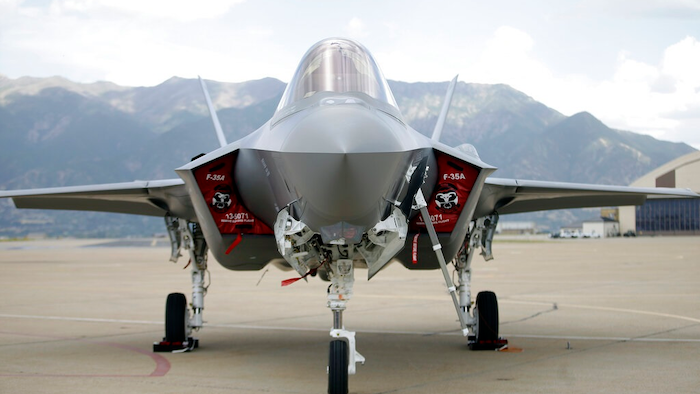 In this Sept. 2, 2015, file photo, an F-35 jet sits on the tarmac at its new operational base at Hill Air Force Base, in northern Utah. Singapore's Defense Minister Ng Eng Hen told Parliament on Friday that the government has decided to purchase four F-35 fighter jets made by Lockheed Martin of the United States, with an option for another eight.
AP Photo/Rick Bowmer, File

SINGAPORE (AP) — Singapore plans to buy four F-35 fighter jets from the U.S. with the option of purchasing eight more to replace its fleet of F-16s.

Defense Minister Ng Eng Hen said Friday that the city-state will put in a request for the Lockheed Martin jets, which would be subject to U.S. congressional approval. He says the price has not been determined.

Ng notes the cost of the jet has been steadily falling due to healthy orders from the U.S. and other countries, with the current unit price ranging from $90 million to $115 million.

Singapore plans to retire its older F-16 fleet soon after 2030.

The F-35 completed its first flight in 2006. Its buyers include Britain, South Korea, Israel, Italy, Australia, Canada, Turkey and Japan.