OtterBox Prints Prototypes within 24 Hours of a New Design

Company founder says production tooling will soon be obsolete because of 3D printing. 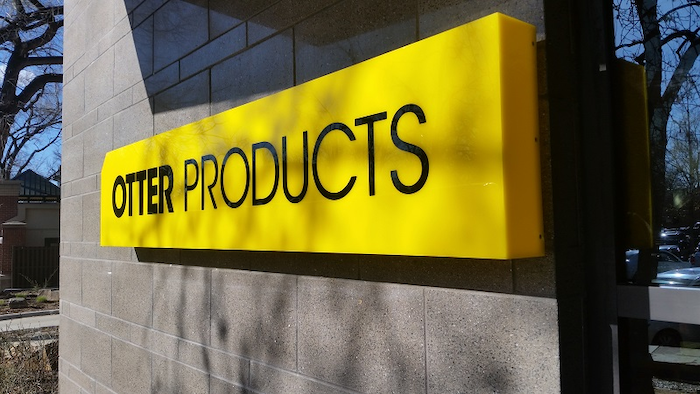 Outside of the Otter Products headquarters in Fort Collins, CO.
David Mantey

Within 24 hours, the engineering department will start 3D printing some form of prototype based on the information provided by the industrial designers (view gallery above). It doesn’t matter if the design calls for a big, rugged new case that can be bounced off a rock, or a slim new case sporting a floral spring pattern, the designer will have it back in his hands the same day he created it. But the design and development process wasn’t always as easy for the company until it embraced 3D printing in its Prototype, Innovate, and Test (PIT) Lab.

“What you see here today is not what it was a few short years ago,” said Curt Richardson, the OtterBox founder who only recently returned from four years away from the company. “Otter today is still a tooling company. We still make a lot of molds and push a lot of pellets, but the fact that an engineer can design [a case] in the morning and have it in his hands by the afternoon is critical.”

Up until a few months ago, the 3D printing parlor in the PIT Lab consisted of a pair Stratasys’s Objet Connex500 printers as well as the older Viper si2 SLA System and one of the slimmer ProJet 3D printers from 3D Systems. According to Richardson, the company still employs the first 3D printer that it purchased, an old Z Corp three-color printer (Z Corp was acquired by 3D Systems in January 2012). “We even bought another [Z Corp printer] just for parts,” Richardson said. “But there is no comparison to the new machines. You can look at [a part] in CAD and model all day long, but when you can hold it in your hand and feel it [it doesn’t compare].”

The company’s newest addition to the PIT Lab was the Stratasys J750 3D printer. As the result of a partnership with Stratasys, OtterBox had nearly a six-month jumpstart on the industry and served as a beta tester for the 3D printing company’s latest platform.

OtterBox takes about three weeks to build complicated production tools, but everything starts with the design and the prototype. Once a new case design has been finalized and coordinated to run parallel with a new device launch, the company has up to 1,500 tools in production at one time.

“Could you imagine taking down a tool during an iPhone launch to mill in a 5-mm feature?” Brycen Smith, OtterBox’s engineer tech supervisor speculated. The average development time for a new case is eight weeks, a dramatic reduction from design cycles that stretched more than 20 weeks. Smith stressed that if OtterBox can’t be on that inventory peg below the new iPhone on the exact moment of the product launch, the company could take a beating in sales.

Within the first 24 hours, Smith and his team of engineers are building feature verification parts on a 3D printer – from plugs and buttons to openings for sensors and cameras – to make sure everything lines up with the device manufacturer’s specifications.

For Smith, functionality is key and the company will print as few as five, but up to twelve iterations of location prints, sometimes all within an eight-hour workday. “Accuracies are critical to us, and the J750 makes sure that there are not any fuzzy protrusions blocking a sensor or camera,” Smith added.

Once the staff enters the case design phase, engineers add in part profiles, textures, colors, and finishes. According to Smith, it is imperative to get parts back into the hands of engineers in order to make rapid iterations.

“We can’t hit eight weeks by painting and finishing,” Smith said in regards to two processes that have been worked out of the development cycle due to the J750’s ability to print in more than 360,000 colors. “We are also able to mimic the ABS plastics that we use. It needs to translate into the [case’s] feel.” In the past, pre-3D printing, prototypes were made out of cardboard or clay, which didn’t help improve form or feel. According to Smith, the new printer’s ability to simultaneously print multiple digital materials saves time and money throughout the process.

“I couldn’t quantify total cost savings,” Smith said, “but it is a large savings all around. We use [the J750] from ideation through creation of the product, and through the entire design process.”

According to Smith, OtterBox began printing parts on day one, and since averaged 750 to 1,000 parts per week, at an average cost of $11 per cubic inch of material. The company had more than $25,000 in materials inventory stored in the PIT Labs.

The J750 is not only within OtterBox’s manufacturing tolerances for color, but Smith said that it also took post-finishing work out of the process. The company is not yet testing material performance on 3D-printed prototypes, because as Smith noted, it’s an apples to oranges comparison since OtterBox manufactures in completely different materials.

But could the company soon be printing production quality custom cases right off of the printer? That may take a little more time, and possibly some collaboration between the OtterBox and Stratasys materials engineers. “Printing custom cases needs a little more material science,” Smith added. “It’s not out of our scope, but it’s not really within our scope now.”

Production Tooling Will Soon Be Obsolete

For Richardson, who created the first OtterBox waterproof case in his garage in the early 1990s, he looks forward to more technology leaps that will bring 3D printed cores and cavities closer to a production ready product.

“One day, [production tooling] will be obsolete due to this technology,” Richardson claimed. “The way you build molds is dramatically changing.”

According to Richardson, the company can already get 50 shots of a part off of a 3D printed mold, but the materials need to continue to evolve. “[The materials] are not there yet,” he added, “but I want to be able to print a mold, and I want it now.”

Considering the pace of change this industry has experienced in its nascent existence, Richardson might not have to wait that long.