Legislation would make it illegal to buy, possess, manufacture or sell the gun-replica phone cases. 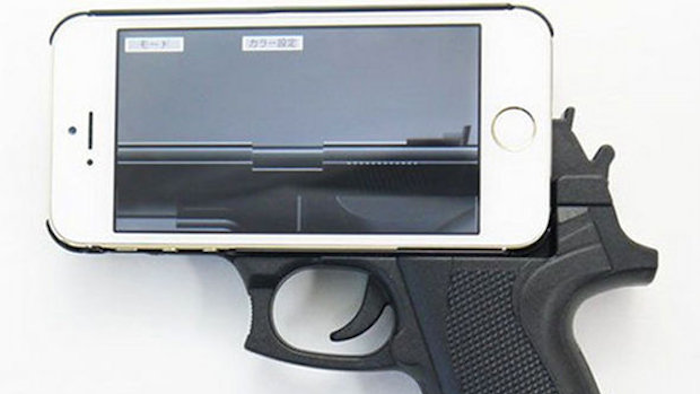 Minnesota lawmakers want to ban cellphone cases that look like handguns due to concerns that they could be mistaken for a real firearm.

ST. PAUL, Minn. (AP) — Minnesota lawmakers want to ban cellphone cases that look like handguns due to concerns that they could be mistaken for a real firearm.

Legislation that would make it illegal to buy, possess, manufacture or sell the gun-replica phone cases cleared its final committee Wednesday and now awaits action on the House and Senate floors. Under the bill, violations would result in a petty misdemeanor charge punishable by a fine of up to $300.

"This is about the dumbest thing I've ever seen," Democratic state Rep. Joe Atkins of Inver Grove Heights said of the phone cases. "If it wasn't solely dumb it wouldn't be so scary. But it's also dangerous."

Last year, Atkins and others first raised concerns over the cellphone cases and hoped retailers would voluntarily pull them from their shelves. But when some of the cellphone cases started being purchased by Minnesota residents on the Internet, Atkins said state lawmakers felt compelled to enforce the ban.

"Picture a teenager carrying one of these things, pulling it out of his back pocket, it looks immediately like a gun," Atkins said.

"The worst case scenarios is the potential loss of life when an officer finds him or herself in the position of having to make that split-second decision oftentimes under high-stress conditions as well as low-light conditions," he said, speaking on behalf of the Minnesota Chiefs of Police Association.

Earlier this week, concerns were raised over a functioning fold-up gun that looks like a cellphone, which is being manufactured in Minnesota.

"It's funny how our policies can't seem to keep up with the marketplace of bad ideas that seem to be coming out," said Democratic state Rep. Laurie Halverson of Eagan. "It's very interesting that before we even get this bill passed we are heading into a whole new world of devices that are set up to make us less safe."