Gas Driller Pulls Out of Talks in $5M Suit Against Resident

His drinking water was contaminated and he has spent years bashing the energy industry. 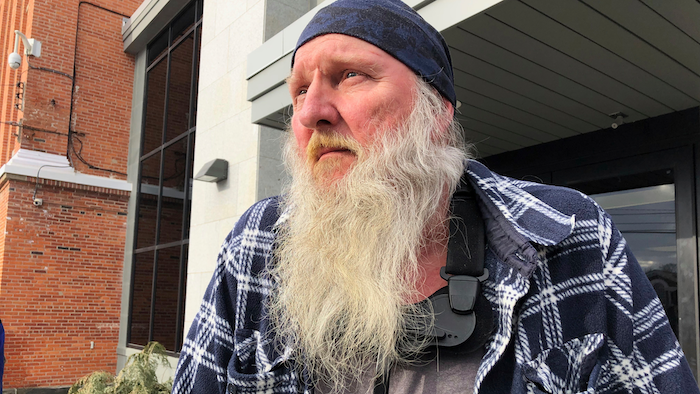 This Feb. 4, 2018, file photo shows Ray Kemble speaking with reporters outside the Susquehanna County Courthouse in Montrose, Pa. Houston-based Cabot Oil Gas Corp pulled out of settlement talks aimed at resolving its $5 million lawsuit against Kemble whose drinking water was contaminated and who has spent years bashing the energy industry. Cabot says it pulled out of a settlement conference scheduled for Friday, March 6, 2020, because there has been no progress in talks.
AP Photo/Michael Rubinkam, File

One of Pennsylvania’s largest gas drillers pulled out of settlement talks aimed at resolving its $5 million lawsuit against a resident whose drinking water was contaminated and who has spent years bashing the energy industry.

Kemble, a high-profile fracking opponent who has traveled the country talking about his experiences with the gas industry, charges that Cabot is trying to shut him up.

The company, which has drilled hundreds of wells in the Marcellus Shale natural gas formation, pulled out of a settlement conference scheduled for Friday because the parties have made “no progress” toward resolution, Cabot said in a legal filing.

Kemble’s former lawyers, in turn, accused the driller of failing to negotiate in good faith, calling its withdrawal from talks “an indication that this action was not intended to seek compensatory damages, but instead an attempt to harass, embarrass and annoy the defendants.”

An email was sent to Cabot spokesman George Stark on Thursday seeking comment on the case, which, for now, remains on a path toward trial.

Kemble and others have long accused Cabot of polluting their water supplies, a claim that formed the basis of the Emmy-winning 2010 documentary “Gasland.” State regulators held Cabot responsible for polluting residential water wells and banned it from drilling in a 9-square-mile (23-square-kilometer) area of Dimock, a rural community 150 miles (240 kilometers) north of Philadelphia.

Cabot, which has long denied responsibility, has been waging a fierce PR and legal campaign against Kemble and other fracking opponents who the company says are funded by deep-pocketed environmental groups to spread falsehoods about Cabot. The company, which is publicly traded, has said it sees the litigation against Kemble and his former lawyers as a way to defend itself from scurrilous attacks.

But Stark, who was deposed by the defendants’ lawyers in January, was largely unable to identify specific economic damages suffered by Cabot as a result of Kemble’s short-lived federal lawsuit. Kemble’s suit had accused Cabot of polluting his water supply anew.

Under questioning, Stark asserted that Cabot’s reputation was harmed by Kemble. But he added: “From the standpoint of the ongoing basis, I can't even ascertain what the damages would be,” according to a transcript.

Documents filed as part of the case show that both sides are far apart in resolving their differences.

Kemble’s former law firms offered $50,000 to settle, asserting that Cabot itself could only substantiate damages of $90,000 for legal fees it incurred in 2017. Cabot, in turn, offered to settle for $3 million — the limits of the law firms’ malpractice insurance policies.

Kemble's current lawyer has not offered a monetary settlement, demanding that Cabot dismiss Kemble from the case.

Cabot has been aggressive about pursuing its lawsuit, forcing Kemble’s fellow activists to sit for depositions and obtaining their bank records. In his deposition, Stark asserted that Kemble and others had perpetuated a “hoax" that gas drilling had polluted the water. At one point, the company sought to have Kemble thrown in jail for failing to appear at depositions.

The judge overseeing the case has previously criticized the company for its $5 million demand, saying Cabot announced the large sum in order to generate headlines.