Failure to strike a deal could send weak prices even lower, inflicting more pain on the U.S. oil patch, where thousands have been laid off.

VIENNA (AP) — The price of oil is plunging amid doubts that the OPEC oil cartel will succeed in agreeing with ally Russia and other non-members on cutting production to support prices as the virus outbreak disrupts the global economy.

Failure to strike a deal could send weak prices even lower, inflicting more pain on the U.S. oil patch, where thousands have been laid off.

The cartel wants to cut output by 1.5 million barrels a day, or about 1.5% of world production. OPEC countries like Saudi Arabia and Iran say they need non-member allies to take 500,000 barrels of that cut on themselves.

That may be a hard sell since increased U.S. production has tended to offset earlier OPEC cuts, and nonmember Russia is better able to weather low prices than members such as Saudi Arabia.

Analysts say OPEC may struggle to keep oil prices from falling further. “There is still too much uncertainty regarding the amount of demand destruction,” analysts at research firm Petromatrix said in a note to investors.

The international benchmark for crude oil fell about 7% to $46.45 on Friday. It had been trading over $50 in recent days, and is down from $69 as recently as early January, before the outbreak.

Russia and other non-member countries have been working with OPEC in recent years and agreed on earlier cuts. However, Russia can tolerate low oil prices better than Saudi Arabia can. Saudi Arabia needs $83.60 per barrel to balance its state budget, according to the International Monetary Fund. Russia needs only $42.40 for its own kind of crude oil.

With oil under $50 a barrel, U.S. producers, including oil giants such as Exxon, are scaling back drilling as their profits get hit. The oil patch has already been shedding thousands of jobs and suffering through a surge of bankruptcies, and lower prices will exacerbate those problems.

The spread of the coronavirus has sharply reduced air travel and thus the demand for fuel, while industry in China, the world's second largest economy, has been severely disrupted through shutdowns and travel restrictions.

Some economists think the global economy may shrink in the first quarter for the first time since the financial crisis, sapping demand for energy.

Oil production in the U.S., which is not part of OPEC and unlike Russia does not cooperate in its output decisions, has ramped up in recent years, flooding the market and keeping prices down. 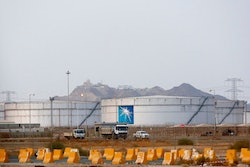 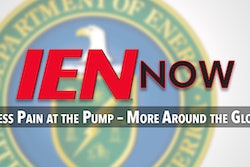