DETROIT (AP) — The United Auto Workers is seeking $1.29 million for the Michigan vacation home of its former president.

The Detroit News reports that the home's design plan included granite counters, stainless-steel appliances, a fireplace, wine cooler and a hidden storage room. It was built for Dennis Williams, who retired as president in 2018.

The UAW said in November that it planned to sell the property, which was searched by federal agents during a corruption investigation. Nine union officials and an official's spouse have pleaded guilty. Williams hasn't been charged, although his home in southern California was searched.

The cost of building the home was part of a broader $10 million renovation project at the UAW's conference center on Black Lake in Onaway, union spokesman Brian Rothenberg told the newspaper.

The home for Williams was built with nonunion labor, the News reported.

Rothenberg told The Associated Press that the bulk of the home was built with union labor, but that the UAW used nonunion workers when union labor was not available at the remote site in Northern Michigan.

The latest guilty plea in the corruption investigation occurred Monday. Edward “Nick” Robinson said he conspired with others to steal more than $1 million in dues while enjoying golf, lavish lodging, meals and booze. 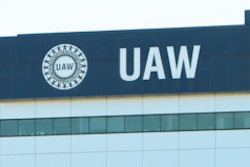 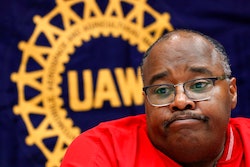