The cuts come from the defense and space division. 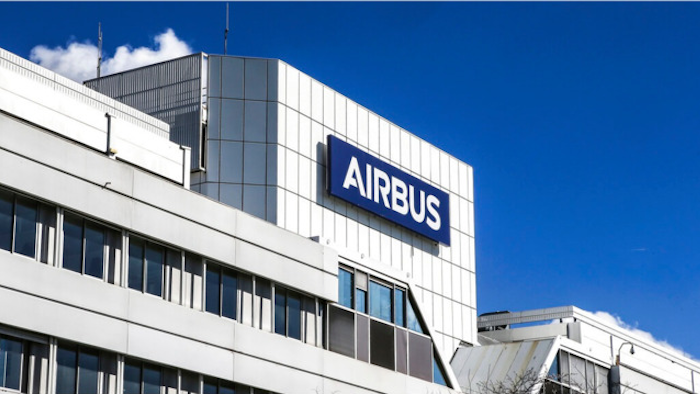 This March 6, 2018, photo shows a logo of Airbus group is displayed in front of its headquarters in Toulouse, western France.
AP Photo/Fred Scheiber

BERLIN (AP) — European plane maker Airbus said Wednesday that it plans to cut more than 2,300 jobs at its defense and space division by the end of next year, spreading the cuts across several countries.

The company said Airbus Defence and Space presented the plan to employee representatives and launched a consultation process for the cuts. The plan would eliminate 2,362 positions in all — 829 in Germany, 357 in the U.K., 630 in Spain, 404 in France and 142 elsewhere.

Airbus pointed to a “flat space market and postponed contracts on the defense side.” It noted that it had announced the need for restructuring in December and underlined the issue during an annual news conference earlier this month.

The defense and space division “will provide updates on its plans and continues a constructive dialogue with employee representatives,” Airbus said in a statement. “Further financial implications are under assessment and will be communicated at a later stage.”

Airbus reported that it lost 1.36 billion euros ($1.47 billion) in 2019 because of a multi-billion-euro bribery settlement with authorities in three countries, but otherwise saw a record year for aircraft deliveries.

The net loss reflected 3.6 billion euros set aside to cover a criminal settlement with authorities in the U.S., France and Britain over past corrupt practices. Airbus also lost 1.2 billion euros because of troubles with its A400M military transport program and 221 million euros because the German government suspended export licenses to Saudi Arabia through March.