Its the worst miss in about five years. 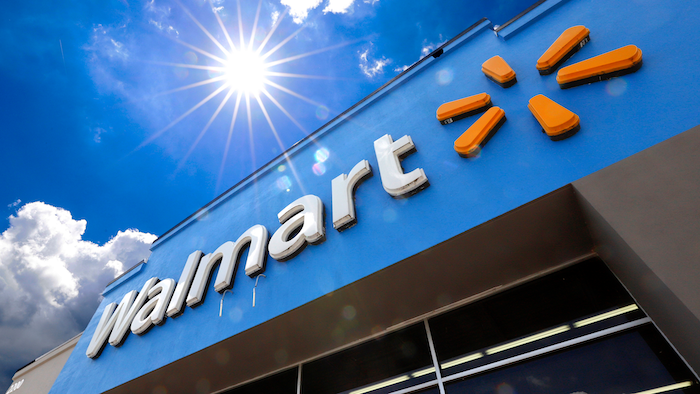 This June 25, 2019, file photo shows the entrance to a Walmart in Pittsburgh. Walmart is reporting disappointing fourth-quarter profits and sales. The nation's largest retailer says that sales at its U.S. stores heading into the holiday season were weaker than expected. It also said that social unrest in Chile hurt its business.
AP Photo/Gene J. Puskar, File

Violent social protests in Chile, where there are hundreds of Walmart stores, cut into international sales.

Walmart also delivered a weak profit forecast for the year and a rare quarterly miss, its worst in about five years.

“We started and finished the quarter with momentum, while sales leading up to Christmas in our U.S. stores were a little softer than expected,” said CEO Doug McMillon.

Walmart is the first major retailer to report fiscal fourth-quarter results. The performance underscores a multitude of challenges that retailers faced this holiday season as they try to better compete with online juggernaut Amazon. The discounter said that U.S. sales at stores opened at least 12 months rose just 1.9% for the holiday quarter, a slowdown from the previous period. The company joined other retailers who reported disappointing holiday sales last month.

It was the shortest holiday shopping season since 2013, leaving retailers scrambling to figure out how to get people thinking about the holidays sooner. The ongoing trade war with China has raised costs for most and now, a new virus in China is hitting a huge customer base as well as manufacturing facilities and supply chains.

The challenges come on the back of a slew of bankruptcies as retailers attempt to satisfy a customer who has gone increasingly online, one who demands speedy delivery and returns.

Walmart, which operates more than 400 stores in China, didn't include the potential impact of coronavirus in its forecast because of uncertainty over how it will play out over the next year. But executives believe the disruption is likely to shave a few pennies off earnings per share in the current quarter. One blessing: Walmart emphasized that two-thirds of the items it sells — mostly food — are sourced from the U.S. The remainder comes from a variety of countries like Mexico, China and other regions of Asia.

Walmart and Target have stood out among retailers, having ramped up deliveries and other conveniences for customers, but Target Corp. also struggled during the holiday due to weak sales of toys and electronics.

Walmart continued to produce strong results from its grocery aisles, helped by expanded online delivery. It now has 3,200 locations for grocery pickup and 1,600 locations that offer grocery delivery. Last fall, it launched “Delivery Unlimited,” which costs $98 annually and $12.95 monthly for unlimited grocery delivery. It also launched a delivery service in three cities, giving customers the option to let its own delivery person put purchases directly into the refrigerator when they’re not home.

Walmart's same-store sales of 1.9% this quarter were well below the 3.2% increase in the previous period. It was, however, the 22nd consecutive quarter of same-store sales gains. The company blamed the shortfall on several merchandising mistakes like too much clothing that was seasonal and low-priced.

Online sales in the U.S. rose 35%, weaker than the 41% increase booked in the previous quarter. For the year, U.S. online sales rose 37%. For the current fiscal year, the company's online sales should be up 30%, to $50 billion. Walmart said that losses in its U.S. e-commerce division will either level off or decline for the current year.

“It is fair to say that unlike past quarters Walmart was not firing on all cylinders during the last part of the year, ” said Neil Saunders, managing director of GlobalData Retail, in a report published Tuesday. But he added that Walmart remains in a “good place."

“It is well managed, has clear plans and plenty of determination," he said.

Moody’s lead Walmart analyst Charlie O’Shea said that when one looks at the previous quarters, “Walmart set the bar high.”

"It was just a weird quarter," O'Shea said.

Walmart said three quarters of its nearly 400 stores in Chile were badly damaged during violent anti-government protests that began in October. Demonstrations began after an increase in the subway fare, but have grown to encompass grievances about pensions, education, health care and other issues.

Walmart does does not expect the situation in Chile to normalize this year.

Separately, Walmart approved a cash dividend for fiscal year 2021 of $2.16 per share, an increase from the $2.12 per share last year. The company will pay the dividend in quarterly installments of 54 cents per share.

Walmart Inc. expects annual per-share earnings of between $5 and $5.15, short of the $5.21 that industry analysts had projected.