The utility is closer to getting out of bankruptcy. 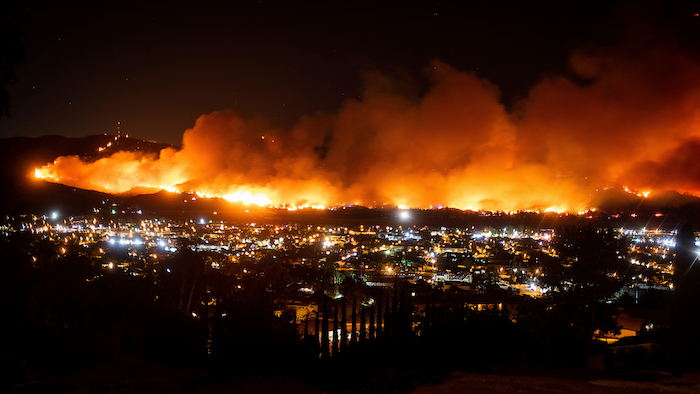 SAN FRANCISCO (AP) — A federal judge on Tuesday approved a settlement that moves Pacific Gas & Electric closer to getting out of bankruptcy, but the troubled utility still must navigate nettlesome obstacles from the state of California.

U.S. Bankruptcy Judge Dennis Montali signed off on the deal to refinance billions of dollars in debt to pay off PG&E bondholders.

The bondholders had threatened to cause problems for the nation's largest utility. But as part of the truce, they agreed to abandon an alternative plan for getting PG&E out of bankruptcy and support the company's blueprint.

In the past few months, PG&E has also negotiated settlements totaling $25.5 billion to appease homeowners, businesses, insurers and government agencies who had claimed more than $50 billion in losses from a series of catastrophic wildfires blamed on the utility's dilapidated electrical grid and managerial negligence.

One fire victim, Will Abrams, tried unsuccessfully Tuesday to convince Montali to reject PG&E settlement with the noteholders because he believes it will help the company push through an unfair plan.

“This is heading in the wrong direction," Abrams told Montali.

PG&E now appears to be well positioned to emerge from bankruptcy by June 30, the deadline for the state to either approve or reject the plan. But the utility still faces one formidable stumbling block: staunch opposition from California Gov. Newsom and other elected officials who have threatened a government-backed takeover of the company unless far more dramatic changes are made.

PG&E, which provides power to about 16 million people, last week expressed confidence it will be able to satisfy Newsom by the June 30 deadline to emerge from bankruptcy.

In a sign of its confidence, PG&E used part of Tuesday's hearing to work out a timetable that would enable the company to put the bankruptcy behind it just 17 months after the process began. That would be much faster than the three years it took PG&E to reorganize when it filed for bankruptcy in 2001.

Both Newsom and PG&E are under pressure to pay the more than 70,000 people who have filed claims after losing family members and property in deadly 2017 and 2018 fires.

PG&E is setting up a $13.5 billion fund to pay the wildfire victims, but that deal is still a big point of contention in the case. Since the settlement was reached in December, Montali has been swamped with letters from victims worried that too much of the money will go to attorneys and government agencies seeking reimbursement for the billions of dollars doled out during and after the wildfires.

Montali noted the victims' concerns Tuesday and set a Feb. 21 deadline for the lawyers to provide a clear explanation of how victims will file claims, with a timeline explaining how they can expect to be paid. A more exhaustive breakdown must be filed on March 10.

Newsom's opinion will be among the most influential. The Democratic governor is demanding that PG&E replace its entire 14-member board of directors, including CEO Bill Johnson, and revise other elements of its plan to reduce debt load so it has financial flexibility to pay for $40 billion to $50 billion in improvements to its outdated electrical system.

The San Francisco company pledged to bring in new directors, without specifying how many, but hasn't said if it will tweak its financial plan. A lawyer representing Newsom told Montali the governor remains dissatisfied with PG&E's current financing plan.

Newsom, state lawmakers and PG&E's chief regulatory agency in California hold unusual leverage over the company because of a wildfire insurance fund created by the state. The company needs money from the fund for its reorganization plan.

Just days after PG&E announced its attempt to placate Newsom, a California lawmaker announced a formal proposal to authorize borrowing billions of dollars so California taxpayers could buy the utility, currently valued around $9 billion.

PG&E also continues to face tough questions about its safety practices in a criminal case stemming from a deadly explosion on one of its natural gas lines in 2010. The company is required to comply with the terms of a five-year probation imposed in 2017 because of the explosion.

U.S. District Judge William Alsup on Tuesday demanded that PG&E provide more details about how it inspected some of the electric transmission lines suspected of causing fires. He gave the utility until Feb. 18 to respond.