The aerospace giant booked its fewest orders for new aircraft since 2003. 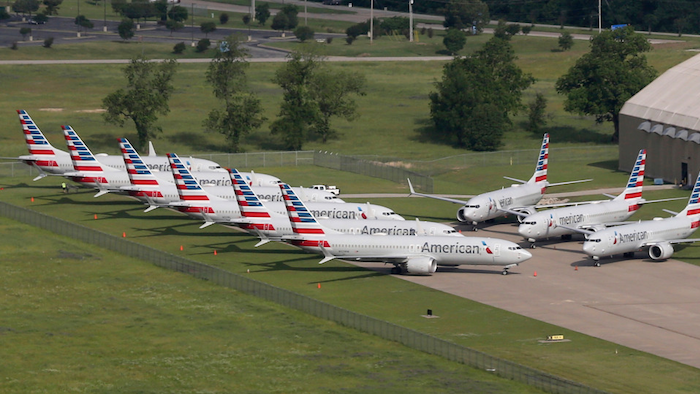 CHICAGO (AP) — Boeing orders and deliveries of new jetliners plunged last year as the company struggled with the worldwide grounding of the 737 Max, which had been its best-selling plane.

Gross orders fell to their lowest mark in 16 years, and that tells only part of the story. Boeing reported more cancellations than new orders in 2019, in large part because a major order from India’s Jet Airways almost certainly vanished when the airline went bankrupt.

The Chicago company said Tuesday that it booked 246 gross orders, the lowest total since 2003, but after cancellations the number of net orders was just 54.

And after subtracting other orders that are too doubtful to stay in Boeing’s backlog — the Jet Airways deal — the company suffered a net loss of 87 orders last year.

Deliveries also tumbled, falling 53% from 806 planes in 2018 to 380 last year. That left Boeing far behind European rival Airbus, with 863 deliveries, in the race for global supremacy in plane building.

The 737 Max was Boeing’s best-selling plane until two of them crashed five months apart, killing 346 people and prompting regulators around the world the ground the plane last March. The company lists 4,545 unfilled orders for the Max, a backlog that would take several years to work down.

However, Boeing is pausing production of the Max because it is unclear when the plane will fly again. Boeing is still making changes to software and other systems, and the Federal Aviation Administration has said repeatedly that it has no timetable for approving Boeing’s work.

In a sign of changing expectations around the plane’s return, American Airlines said Tuesday that it is removing the Max from its schedule for two more months, until early June, and expects to cancel 140 flights a day until then.

American has 24 Max jets and expected to have 40 by the end of last year and another 10 this year. Without the planes, it canceled about 36,000 flights last year and expects to cancel nearly 21,000 through June 3.

The airline has estimated that the grounding cost it $540 million in pretax income during 2019 — a figure that American could update when it reports fourth-quarter results next week. The Fort Worth, Texas-based carrier said last week it reached a settlement with Boeing over compensation for 2019 grounding-related damages, but didn't disclose financial details.

American's schedule for a June return of the Max puts it in line with United Airlines. Southwest Airlines, which has more Max jets than American or United, has removed the plane from its schedule through April 13.