The film features Ford's ghost, who returns to the Detroit area in the present day. 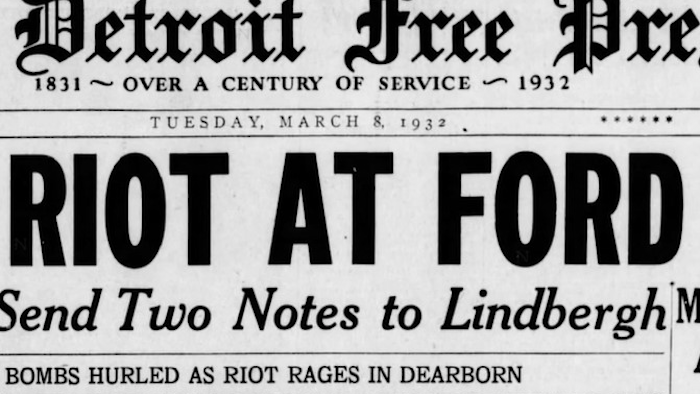 DETROIT (AP) — A film exploring the significant, complicated legacy of Henry Ford has received a financial boost from a Detroit nonprofit that supports the region’s automotive and labor history.

“Ten Questions for Henry Ford" was among more than a dozen projects to receive a share of $66,000 from the MotorCities National Heritage Area. The movie, billed by its creator as a blending “of historical fact and poetic imagining," garnered about $9,000 through the University of Michigan Department of Performing Arts Technology.

“(MotorCities is) very interested in portraying the positive aspects of Ford's legacy, as well as the negative," said Andrew Kirshner, the film's writer, director and producer, who also teaches at the university. “I think it's a pretty human portrait, but it doesn't shy away from the aspects that are less savory.”

Kirshner said the story encompasses Ford's creative and innovative brilliance in automotive manufacturing and marketing, as well as the worldwide reach of his anti-Semitic publications and violent union crackdowns.

The film, preparing for a fall 2020 release, features Ford's ghost, who returns to the Detroit area in the present day “to confront his complex legacy,” according to text accompanying a trailer.

Ford's apparition is played by John Lepard, who teaches at Michigan State University and leads the Williamston Theatre.

Other grant recipients include the Automotive Hall of Fame in Dearborn for events about the history and innovations of honorees; the Flint Cultural Center Corp. for research and development of programs accompanying the Vehicle City Gallery at the Sloan Museum of Discovery; and the Packard Motor Car Foundation for revitalization efforts at the Packard Proving Ground site in Shelby Township.

MotorCities, which is affiliated with the National Park Service, has awarded roughly $1.6 million in grants for historical and cultural preservation projects since its 1998 founding.