It's raising the possibility that hundreds of miners in Wyoming could return to work in almost four months. 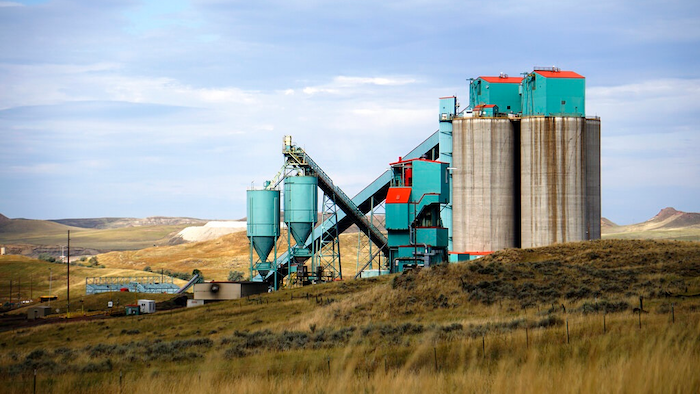 This Sept. 6, 2019, file photo, shows the Eagle Butte mine just north of Gillette, Wyo. Two of the biggest U.S. coal mines have been sold, raising the possibility that miners in Wyoming could return to work after almost four months off the job. Tennessee-based Contura Energy announced Monday, Oct. 21, 2019, that Blackjewel closed Friday on the sale of the Eagle Butte and Belle Ayr mines to a subsidiary of Alabama-based FM Coal.
AP Photo/Mead Gruver, File

CHEYENNE, Wyo. (AP) — Two of the biggest U.S. coal mines have been sold, raising the possibility that hundreds of miners in Wyoming could return to work almost four months after the owner of the mines filed for bankruptcy protection.

Tennessee-based Contura Energy announced Monday that Blackjewel closed Friday on the sale of the Eagle Butte and Belle Ayr mines to a subsidiary of Alabama-based FM Coal.

Contura, which owned the mines before selling them to Blackjewel in 2017, participated in the deal as the mines' permit holder.

"In our view, this transaction represents a best-case-scenario outcome to a lengthy and uncertain process, putting the mines in the hands of an operator with a long-term interest in the Powder River Basin, and getting hard-working coal miners back on the job," Contura CEO David Stetson said in a release.

Under the sale, Contura will pay about $90 million to FM Coal subsidiary Eagle Specialty Materials, which will assume about $238 million in reclamation liabilities in Wyoming and at dozens of sites in Appalachia.

West Virginia-based Blackjewel furloughed over 500 employees in Wyoming when it filed for bankruptcy July 1.

Belle Ayr and Eagle Butte near Gillette were the fourth- and fifth-most-productive U.S. coal mines in 2018, respectively, but mining slowed significantly with only a small number of employees left at the vast open-pit mines.

Several coal-mining firms in Wyoming and elsewhere have gone bankrupt in recent years amid competition from natural gas and renewable energy sources and declining demand for coal to fuel power plants.

Blackjewel interim CEO David Beckman said the sale in Wyoming will result in the mines returning to full production and Blackjewel paying outstanding wages due its employees as of July 1.

"The completion of this sale marks the end (of) what has undoubtedly been an arduous sale process with exceptional results," Beckman said.

It was the largest and last major asset sale of Blackjewel's bankruptcy process, according to the company.

FM Coal and Eagle Specialty Materials did not have listed phone numbers and couldn't be reached for comment.

Rory Wallett, a furloughed heavy equipment operator at Belle Ayr, said he got a call Saturday asking him to return to work. He planned to be back Tuesday.

"We're going to be cautiously optimistic," Wallett said. "It's time for us to buckle down and show them what we have left here as employees."

Others were skeptical the mines' little-known new owners could guarantee they could restore the environment if the mines ever closed permanently.

"Contura gets to walk away as of today, even though they're still the permit holder," said Shannon Anderson with the Powder River Basin Resource Council, a land-owners' group in the coal-mining region of northeastern Wyoming and southeastern Montana.

"With Contura gone, there is a much greater risk for the state and for the workers and for the community and the vendors and everybody else," Anderson said. "You're letting essentially the big guys walk."