The purchase could put hundreds back to work. 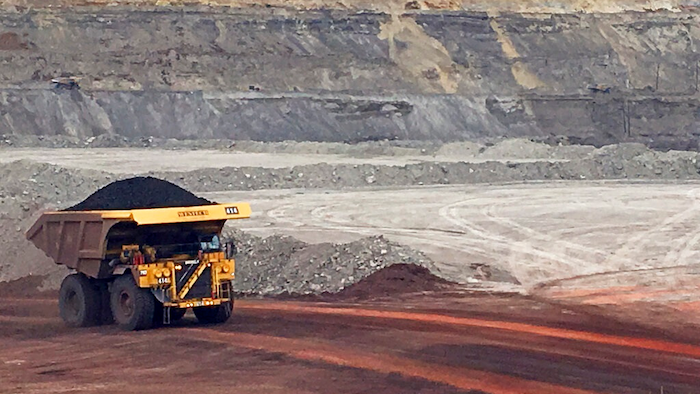 In this March 28, 2017, file photo, a dump truck hauls coal at Contura Energy's Eagle Butte Mine near Gillette, Wyo.Two coal mines in Wyoming and one in West Virginia owned by a company in bankruptcy could reopen if a judge approves a purchase offer. Court documents show Bristol, Tennessee-based Contura Energy has offered $20.6 million for the mines owned by Milton, West Viginia-based Blackjewel LLC. The mines have been closed since Blackjewel filed for bankruptcy July 1, 2019.
AP Photo/Mead Gruver, File

U.S. Bankruptcy Judge Frank Volk in Charleston agreed with a motion by Blackjewel on a proposal made by Bristol, Tennessee-based Contura Energy.

Contura has offered $20.6 million as the stalking horse bidder for three mines owned by Milton-based Blackjewel. The purchase could put hundreds back to work at the Eagle Butte and Belle Ayr mines in Wyoming and Pax Surface Mine in Scarbro, West Virginia. They've been closed since Blackjewel filed for Chapter 11 bankruptcy protection July 1.

Blackjewel attorney Stephen Lerner said the bidding process as approved offers the "best opportunity" for the acquisition of the company's assets.

Blackjewel also operates mines in Kentucky and Virginia, and the fate of those depends on the outcome of the bidding process.

If other qualifying bids are made by a Wednesday deadline, an auction would be held next Thursday. Lerner said any party could bid on any combination of Blackjewel's assets.

According to Contura, it would provide an $8.1 million deposit toward the purchase to be applied to cash-strapped Blackjewel's expenses. Contura would acquire the assets without assuming Blackwater's liens.

Under the proposal, Blackjewel's 401(k) employee retirement plan would be terminated, allowing workers whose paychecks have bounced to have immediate access to their contributions.

In Wyoming, Blackjewel holds the license to mine coal in Wyoming while Contura, a company created out of the 2015 bankruptcy of Alpha Natural Resources, holds the state mine permits. Blackjewel recently missed a $1 million tax payment owed to Campbell County, Wyoming.

Contura sold the Wyoming mines to Blackjewel in 2017. They were the among the top-producing coal mines in the U.S.

Blackjewel follows other major U.S. coal producers that have filed for bankruptcy protection in recent years, including Englewood, Colorado-based Westmoreland Coal Co. in October and Gillette, Wyoming-based Cloud Peak Energy in May.