The initiative is designed to get private companies to expand job training for American workers. 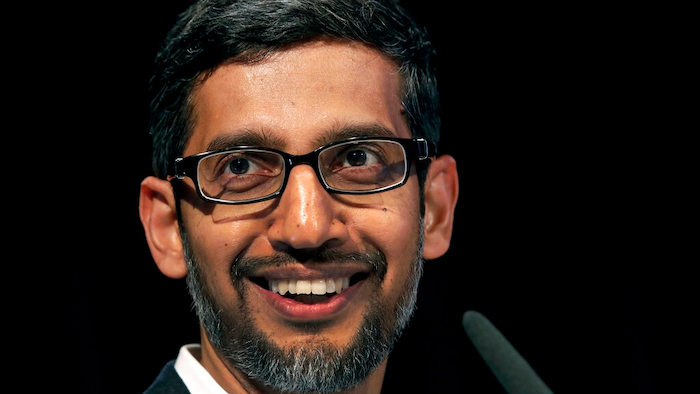 In this Tuesday, Jan. 22, 2019, file photo, Sundar Pichai, CEO of Google, speaks during a statement as part of the opening of a new Google office in Berlin. Google is committing to a White House initiative designed to get private companies to expand job training for American workers.
AP Photo/Michael Sohn, File

WASHINGTON (AP) — Google is committing to a White House initiative designed to get private companies to expand job training for American workers.

Google says it’s also expanding a program it developed to train people who don’t have experience or a college degree for entry-level jobs information technology support in less than six months.

“At Google, our goal is to make sure that the opportunities created by technology are truly available to everyone,” Pichai planned to say, according to prepared remarks obtained by The Associated Press.

“Today I am proud to join more than 350 American businesses in signing ‘The Pledge to America’s Workers. ’ This will take Google’s commitment even further by creating 250,000 new training opportunities for American workers over the next five years,” Pichai says.

“We know that in order to be competitive in this world, we need to invest in America’s greatest asset, our workers, and help fill the openings in the IT field,” Ivanka Trump says in prepared remarks.

“Google’s pledge to train 250,000 Americans for the technology jobs of tomorrow helps us achieve our mission,” she says.

Last year, President Trump created the National Council for the American Worker and the American Workforce Policy Advisory Board , the latter made up of business, education and other leaders asked to make recommendations to the council on a national workforce strategy.

The president also called on U.S. businesses to commit to expanding education and skills-training programs by signing the pledge.

To date, more than 350 companies have committed to train and retrain more than 14 million students and workers since Trump introduced the pledge in July 2018.

The overall goal is to increase the number of skilled workers at a time when many businesses are struggling to find qualified help.

More than 7 million job openings exist in the U.S., according to a September report from the federal Bureau of Labor Statistics.

Google initially signed the pledge through the Internet Association, which lobbies on behalf of the industry. But the tech giant said it decided to strengthen its commitment after developing more programs.

One such program is the IT Support Professional Certificate .

Google is expanding the online course to students enrolled in 100 community colleges _ more than triple the current number _ in 16 select states by the end of 2020 through a $3.5 million grant from JFF , a nonprofit organization that promotes economic advancement.

While at the Dallas school, Trump and Pichai will solicit feedback from students who have completed the IT support program.