His case is unusual in a country that values loyalty to the company, long hours and foregone vacations, especially from male employees. 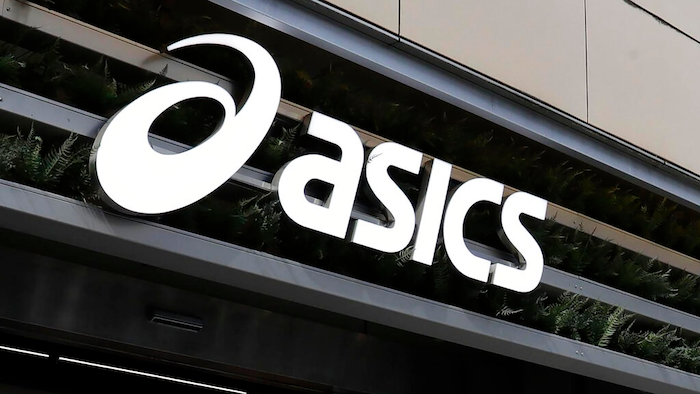 A father has filed one of Japan’s first paternity harassment cases. The lawsuit against major sportswear maker Asics, which opens next week, alleges he was penalized with undesirable assignments after taking paternity leaves.
Kyodo News via AP

TOKYO (AP) — He sits in an office of a major Japanese sportswear maker but reports to no one. He is assigned odd tasks like translating into English the manual on company rules like policies on vacations and daily hours, though he has minimal foreign language skills.

He was sidelined, he says, as retribution for taking paternity leaves after each of his two sons was born. Now he's the plaintiff in one of the first lawsuits in Japan over "pata-hara," or paternity harassment, as it is known here. The first hearing is scheduled for this week.

His case is unusual in a country that values loyalty to the company, long hours and foregone vacations, especially from male employees. He asked not to be named for fear of further retribution.

The man, whose sons are now 4 and 1, was initially assigned to a sales-marketing section at Asics, where he rubbed shoulders with athletes, but was suddenly sent to a warehouse after his first paternity leave in 2015, according to his lawsuit. After he hurt his shoulder, he was assigned to the section he is in now, where he says he is forced to sit and do little.

Asics said it plans to fight the allegations in court, adding that it was "regrettable" no agreement could be reached despite repeated efforts.

"Our company remains committed to pushing diversity, and we plan to foster a work environment and support system so all workers can stay productive during pregnancy, childbirth and child-rearing," it said in a statement.

Makoto Yoshida, professor of social studies at Ritsumeikan University, believes acceptance of paternity leave will take decades in Japan because it goes to the heart of corporate culture, which includes not being able to refuse transfers.

"A boss is apt to think a worker who takes paternity leave is useless. The boss is likely never to have taken paternity leave himself," Yoshida said. "And once an office sees a worker getting bad treatment for taking paternity leave, no one else is going to want to do it."

Japanese law guarantees both men and women up to one year leave from work after a child is born. Parents aren't guaranteed pay from their companies, but are eligible for government aid while off.

Many workers don't take the allocated paid vacations or parental leaves. Only 6% of eligible fathers take paternity leave, according to government data. More than 80% of working women take maternity leave, although that's after about half quit to get married or have a baby.

While companies are encouraged to promote parental leave, and many have expressed their support for taking time off to raise families, critics say the directives aren't trickling down to employees on the ground.

Japan's government, concerned about the drastically declining birthrate, among the lowest in the world, is even considering making parental leave mandatory.

In the U.S., federal laws don't guarantee paid parental leave, but many companies offer such benefits. European nations vary, but most offer some type of government-backed paid paternity leave. Sweden and other Scandinavian nations boast the best record for supporting parents. Canada also has a relatively generous system for paid parental leave.

Other companies in Japan — a subsidiary of major electronics company NEC Corp. and chemical maker Kaneka Corp. — have recently been accused of paternity harassment. They deny the allegations.

The case getting the most attention is that of Glen Wood, a Canadian, who is fighting to get his brokerage manager job back at Mitsubishi UFJ Morgan Stanley.

Wood was still negotiating with his bosses to take three or four weeks of paternity leave when his son was born six weeks premature in Nepal. Wood says his bosses were extremely reluctant to let him take time off, but he decided he had to go. The doctors told him he had to come immediately to see his baby in intensive care.

Wood returned to work five months later, in March 2016, after his son recovered and could be safely brought to Japan. But he was barraged with what he alleges is harassment at work.

His job assignment was changed. He was chided for not showing up at meetings he hadn't been invited to. He was ordered to take DNA tests to prove he was really the father, which he did, as well as psychiatric tests by two doctors, who both said he was fine. He was dismissed last year.

"Whenever anybody puts up their hand and says they're harassed, basically that person becomes the weirdo, and that person ends up getting harassed," Wood said.

Mitsubishi UFJ Morgan Stanley denies any paternity harassment and has stressed it intends to fight the allegations in court.

Wood has gotten thousands of signatures on an online petition expressing support for his case and opposing harassment, including comments from Japanese who said they were suffering similar experiences, mostly fathers.

Taken off the career track, the father who works at Asics says he feels helpless. Still, he is proud of how he did all the cooking, cleaning and grocery shopping while he was on leave.

Naoto Sasayama, his lawyer, said his client believes in standing up for what's right.

"He was being made an example of," Sasayama said. "This case raises the important question of whether a person must value company over family."