The national contract expires in a week. 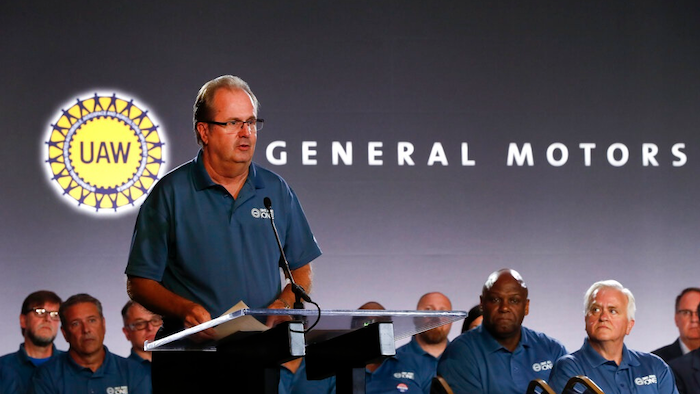 In this July 16, 2019, file photo United Auto Workers President Gary Jones speaks during the opening of their contract talks with General Motors in Detroit. More than 96% of United Auto Workers union members have voted to authorize strikes against Detroit's three automakers. The union said Tuesday, Sept. 3, that the vote means leadership is authorized to call strikes against General Motors, Ford and Fiat Chrysler. But it doesn't mean there will be a work stoppage.
AP Photo/Paul Sancya, File

UAW Vice President Terry Dittes (DIT-ez) says talks have been slowed by the company's responses to the union's proposals. He tells local union officials in a letter dated Thursday that the UAW remains committed to getting workers a fair share of profits earned by the company.

The four-year deals between the UAW and all three Detroit automakers expire at 11:59 p.m. Sept. 14. Last week union members gave their leaders authority to call a strike.

GM says its goal is to reach an agreement that builds a strong future for the company and its employees.