Associated Press
In this Nov. 6, 2007, file photo Patrick Byrne, President and CEO of Overstock.com is reflected on a large television screen while being interviewed at the headquarters for supporters of school vouchers in Salt Lake City.
AP Photo/Steve C. Wilson

Patrick Byrne's resignation Thursday came after the company issued a bizarre statement last week in which the former CEO referred to the "Deep State," called federal agents "Men in Black" and confirmed a journalist's stories detailing his relationship with Maria Butina, a gun-rights activist who was sentenced to prison for being an unregistered agent of Russia.

Overstock.com's shares fell 36% in the two days after the statement was made public.

Byrne, who founded the online discount retailer 20 years ago, said Thursday that he was "in the sad position" of having to step down.

"Though patriotic Americans are writing me in support, my presence may affect and complicate all manner of business relationships, from insurability to strategic discussions regarding our retail business," he said.

In his statement last week, Byrne said he had helped law enforcement on three occasions, the last being "less about law enforcement and more about political espionage conducted against Hillary Clinton and Donald Trump (and to a lesser degree, Marco Rubio and Ted Cruz)." 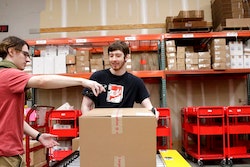 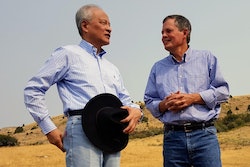 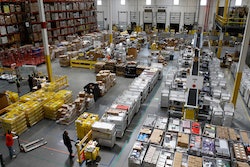