The company had spent $318 million on it before the proposal was rejected by the state.

Associated Press
In this Sept. 27, 2014 file photo, Brad and Sue Wyman paddle their 1930's Old Town Guide canoe along the Androscoggin River as leaves display their fall colors north of the White Mountains in Dummer, N.H. The New Hampshire Supreme Court on Friday, July 19, 2019 upheld a state committee's rejection of a proposal to bring a hydropower transmission line from Canada to markets in southern New England, possibly dealing a fatal blow to a plan that has raised concerns among communities and environmentalists that it would harm the region's tourism industry and hurt property values.
AP Photo/Jim Cole, File

CONCORD, N.H. (AP) — The company behind a plan to bring hydropower from Canada to southern New England is abandoning the project after suffering a defeat in the New Hampshire Supreme Court.

In a filing Thursday to the Security and Exchange Commission, Eversource concluded Northern Pass was "no longer probable" after the court last week affirmed a state committee's decision to reject the proposal. The company had spent $318 million on it and will write off $200 million after taxes.

The company, which wanted to build a 192-mile (310-kilometer) transmission line across New Hampshire, argued that the $1.6 billion project would bring clean energy to the region and help the economy. It was undone by opponents, who accused the company of ignoring their concerns that the project would damage state's tourism economy and destroy rural communities. 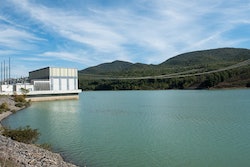 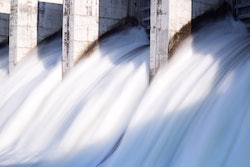 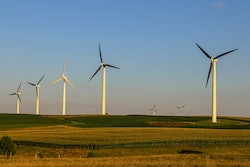