Opponents said the bill turns over public waterways to industry.

WASHINGTON (AP) — The Republican-controlled House has approved a bill aimed at expanding hydroelectric power, an action supporters said would boost a clean source of renewable energy but opponents denounced as a giveaway to large power companies.

The bill, sponsored by Rep. Cathy McMorris Rodgers of Washington state, would define hydropower as a renewable energy source and streamline the way projects are licensed, with primary authority granted to a single federal agency. Lawmakers approved the bill Wednesday, 257-166.

McMorris Rodgers, the fourth-highest ranking Republican, said that figure could be doubled without constructing a single dam. While it takes an average of 18 months to license a new natural gas plant, it can take up to 10 years or longer to license a new dam or relicense an existing dam, she and other Republicans said.

Only 3 percent of the nation's 80,000 dams now produce electricity. Electrifying some of the larger sites - primarily locks and dams on the Ohio, Mississippi, Alabama and Arkansas Rivers that are operated by the Army Corps of Engineers - would generate electricity for millions of homes and create thousands of jobs, an Energy Department report said.

The bill would make the Federal Energy Regulatory Commission the lead agency on hydropower licensing and require states, tribes and other federal agencies to defer to the commission.

The GOP bill would lower electricity costs and help the nation follow the Northwest in providing "reliable, clean and affordable energy for generations to come," McMorris Rodgers said.

Opponents said the bill turns over public waterways to industry at the expense of fishermen, boaters and Native American tribes.

"This bill is an industry wish list and it's facing major opposition by states, tribes, conservation and recreation groups," said Amy Kober, a spokeswoman for American Rivers, an environmental group. The legislation weakens protections for clean water and wildlife and strips states and tribes of their authority to ensure crucial environmental safeguards, Kober said.

"We've made progress when it comes to balancing hydro production and river health, but this bill would take us backward, giving big energy companies all the power at the expense of local communities," she said.

Rep. Bobby Rush, D-Ill., said a major cause for licensing delays was due to incomplete applications submitted by power companies rather than bureaucratic bungling, as Republicans charge.

"We cannot allow hydropower facilities to claim a monopoly over our public waterways without mitigating the negative impacts of these facilities ... and without complying with modern environmental laws," Rush said.

But LeRoy Coleman, a spokesman for the National Hydropower Association, said the bill "would not have the unintended effect of rolling back environmental protections." He noted it preserves the current environmental regulatory authorities of state and federal agencies.

The bill now goes to the Senate. 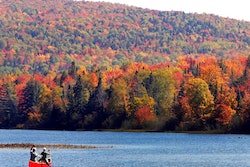 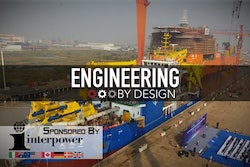