Durable Goods Orders Fall in May

The weakness reflected a sharp falloff in orders for commercial aircraft. 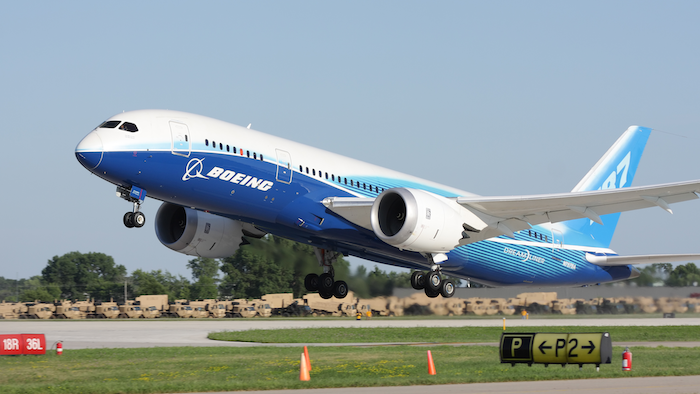 WASHINGTON (AP) — Orders to U.S. factories for long-lasting manufactured goods fell sharply in May while demand in a category that tracks business investment rose modestly. Orders fell 1.3 percent in May following an even bigger 2.8 percent drop in April, the Commerce Department reported Wednesday.

That weakness reflected a sharp falloff in orders for commercial aircraft, a category that has been hurt by the troubles with Boeing's MAX aircraft, which has been grounded by global regulators after two fatal crashes. The category that serves as a proxy for business investment edged up 0.4 percent in May after a one percent decline in April. It was the biggest gain since a 1.4 percent jump in January. Economists have been worried about a slowdown in business investment orders, believing it shows business concerns about rising trade tensions.

President Donald Trump in early May more than doubled the tariffs he has imposed on $200 billion in Chinese imports from 10 percent to 25 percent and threatened to broaden the punitive tariffs to cover another $300 billion in Chinese imports if the two countries are not able to reach a trade deal the administration is seeking to provide better protections for U.S. technology.

Trump will meet later this week with Chinese President Xi Jinping and investors are closely watching to see if two sides are able to restart the stalled trade talks. The fear is that an expanded trade war between the world's two biggest economies could depress global growth and raise the threat of pushing the U.S. expansion, which next month will become the longest on record, into a recession.

The report on durable goods, items expected to last at least three years, showed that excluding the volatile transportation category, orders would have risen a small 0.3 percent in May following a 0.1 percent dip in orders excluding transportation in April.

Orders in the volatile commercial aircraft category fell 28.2 percent in May after an even bigger 39.3 percent plunge in April. Demand for motor vehicles and parts edged up 0.6 percent after a 3.2 percent decline in April. Automakers have faced problems with falling demand for new cars this year.

Orders for machinery rose 0.7 percent in May while demand for primary metals such as steel edged up 0.4 percent after a 2.4 percent drop in April.