Largest Oil Refinery on East Coast Will Close After Fire

The closure will impact 1,000 workers. 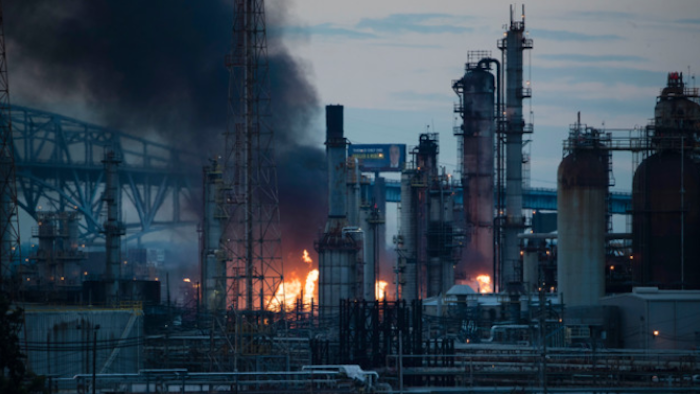 PHILADELPHIA (AP) — The owner of the largest oil refinery complex on the East Coast is telling officials that it will close the facility after a fire last week set off explosions and damaged the facility.

Philadelphia Mayor Jim Kenney said in a Wednesday statement that Philadelphia Energy Solutions has informed him of its decision.

Kenney says the more than 1,000 workers there will be impacted. A company spokeswoman isn't responding to a request for comment.

It started as a bulk petroleum storage facility in 1866, and began refinery operations in 1870.

The company emerged from bankruptcy last year after restructuring its debt.