In addition to a $30 billion plan to pull the utility out of bankruptcy, the tarnished company could get a new name. 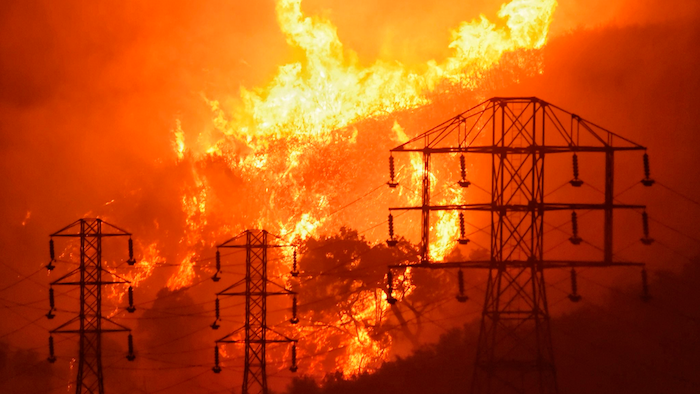 SACRAMENTO, Calif. (AP) — Pacific Gas & Electric's key lenders on Tuesday offered a $30 billion plan to pull the utility out of bankruptcy and give the tarnished company a new name. The proposal filed in U.S. Bankruptcy Court would set aside up to $18 billion of that $30 billion to pay claims on the 2017 and 2018 wildfires caused by PG&E equipment, the Sacramento Bee reported.

The plan offered by PG&E's leading bondholders would compete with an alternative that the newspaper says is being drafted by PG&E. Normally the company in bankruptcy has first crack at proposing an exit plan, but the bondholders said in a court filing that they filed their plan because PG&E has "wasted crucial time needlessly."

The bondholders also want to rebrand PG&E as Golden State Power Light & Gas Company. Asked about the bondholders' plan, the utility said in a statement that it was considering all options as it navigates the bankruptcy process.

The new proposal came four days after Gov. Gavin Newsom, a Democrat, floated the idea of a $24 billion package to deal with the costs of future wildfires, paid for by ratepayers and shareholders of PG&E and the other two big electric utilities in California.

Newsom's plan does not offer any cash for PG&E's existing liabilities but would revise state law to give utilities more certainty about recovering costs from ratepayers — enough stability that Newsom believes will allow PG&E to borrow the money it needs to pay existing claims, according to the Bee.

The bondholders include some of the biggest investors on Wall Street, including Elliott Management, Pimco and Apollo Global Management. They have been quietly promoting a PG&E restructuring plan for weeks in conversations with legislators, Newsom's aides and others. Tuesday's court filing marks the first time they have taken the proposal public.

"Substantial new capital must be infused into the company," the bondholders said in their court filing. The governor's office had no immediate comment on the bondholders' proposal. Like Newsom's plan, the proposal is "ratepayer neutral" — meaning, customer rates would not go up to pay the costs of getting PG&E out of bankruptcy.

But ratepayers would pay: The plan calls for a $2.50 monthly charge, a feature of PG&E bills since the 2001 energy crisis, to be extended for several years to help raise dollars for a wildfire insurance fund proposed by Newsom last week. That fund would help pay claims for future fires.