"We are seeing signs that the market could become more challenging in the future," said one expert. 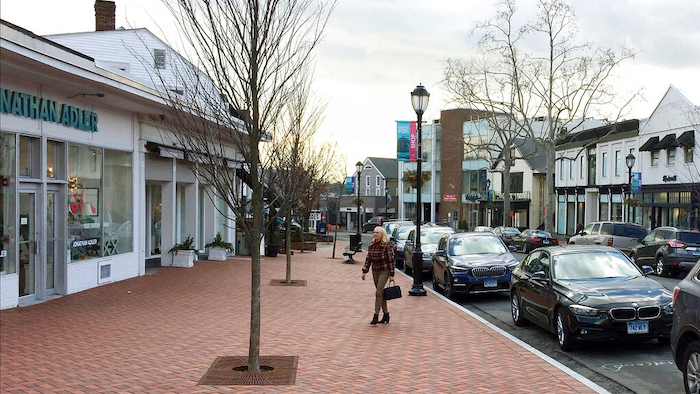 In this Jan. 26, 2017, file photo, a woman walks near shops in downtown Westport, Conn. The boom market in small businesses is showing signs of cooling. The number of small business sales counted by online market BizBuySell.com fell 6.5% during the first quarter from the same period of 2018, following a 6% fourth quarter drop.
AP Photo/Michael Melia, File

Sales remain very strong, and the first quarter total is close to the record for a January-March period, according to BizBuySell.com, which compiled its results from a survey of brokers who arrange small business transactions. But a number of factors is likely contributing to a slight diminishing of owners' desire to sell and potential buyers' interest in acquiring firms, Jeff Snell, chairman of the trade group International Business Broker Association, said in a statement. Among them: Low unemployment, which indicates that many people are satisfied in their jobs and not looking to switch to entrepreneurship. Small companies' profits are up, and that may dissuade owners from letting go of their businesses, Snell says.

Small business sales began surging at the start of 2013 as the stronger economy lifted prices for companies and baby boomer owners decided it was a good time to sell and retire. As companies grew healthier, they became more attractive to buyers. And as the unemployment rate dropped and it became harder for businesses to find talented workers, they began acquiring other companies in order to expand.

But the slowing of sales seen in the past two quarters could continue, said Jessica Fialkovich, president, Transworld Business Advisors of Denver.

"We are seeing signs that the market could become more challenging in the future with interest rates rising and financing becoming both more expensive and harder to acquire," she said in a statement.

The Federal Reserve raised interest rates four times last year and a total of nine times since 2015. The Fed indicated after its most recent meeting on March 21 that it foresaw no more increases this year as the economy is slowing. While that can keep borrowing costs stable going forward, the rate increases through 2018 have made it more expensive to finance purchases. And a weaker economy is likely to make some potential buyers wary about acquiring a business.