The facility employs about 3,800 people and produces the Passat and the Atlas. 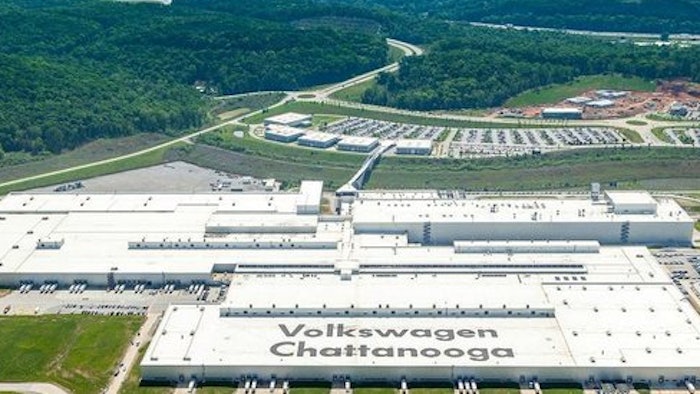 CHATTANOOGA, TENN. (AP) — Volkswagen is increasing the minimum wage at its eastern Tennessee plant to $16 an hour.

The company says it will offer a 50-cent base wage increase for Chattanooga production team workers. New hires will start at $16 an hour and top out at $23.50. The increases take effect July 1.

Volkswagen says production wage progression will increase by 50 cents at every level, with workers becoming eligible for $17 an hour after six months of employment and $19.70 an hour after two years.

Volkswagen's Chattanooga facility currently employs about 3,800 people and produces the Passat and the Atlas.