The luxury car division, the mainstay of its earnings, saw profitability fall as it faced multiple challenges. 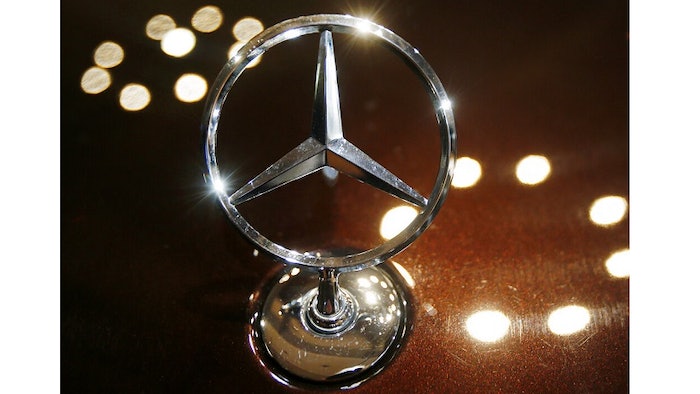 Revenue rose 7 percent to 46.6 billion euros and the company said demand for its products remained strong.

The luxury car division, the mainstay of its earnings, saw profitability fall as it faced multiple challenges. The U.S.-China trade war meant new import taxes on cars made in the U.S. and sold in China. Bottlenecks in getting cars certified for emissions procedures also affected the business. The operating profit margin on sales at Mercedes, a key earnings indicator, fell to 7.3 percent from 9.5 percent in the same quarter a year earlier.

The company also cited spending on new technologies such as electric and autonomous vehicles. Among other things, tighter limits on carbon dioxide emissions in the European Union from 2021 mean carmakers must add electric cars to their sales mix and get customers to buy them.

"For Daimler, 2018 was a year of strong headwinds," said CEO Dieter Zetsche, presenting his last annual results before handing off to successor Ola Kallenius at the May 21 shareholder meeting.

He said that "we cannot and will not be satisfied" with lower profit margins. He added that the company was coming up with plans to increase profitability though declined to indicate what steps might be taken.

Zetsche said at the company's annual news conference that Daimler AG has "no concrete plans" to move production of GLE and GLS sport-utility vehicles to China from Tuscaloosa, Alabama, in order to avoid the import taxes.

Diesel engines came under new scrutiny from governments since Volkswagen was caught rigging cars to cheat on emissions tests and other manufacturers' cars were found to have higher emissions in everyday driving than in testing. The German government has pushed carmakers to update engine software on already-sold cars to reduce diesel emissions. Companies encountered delays getting cars certified under new, tougher emissions testing introduced Sept. 1.

The lower annual profit meant profit-sharing checks for 130,000 workers in Germany would fall to 4,965 euros from 5,700 euros paid out last year.