Officials say the site is safe, but some people worry that plutonium particles could be sprinkled over the refuge. 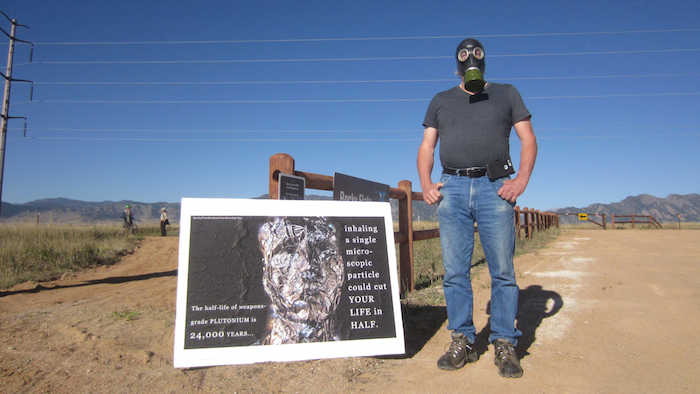 Stephen Parlato wears a gas mask next to his sign warning about the dangers of plutonium at Rocky Flats National Wildlife Refuge outside Denver on Saturday, Sept. 15, 2018, the first day the refuge was open to the public. The refuge is on the outskirts of a former U.S. government factory that manufactured plutonium triggers for nuclear weapons.
AP Photo/Dan Elliott

DENVER (AP) — Cyclists and hikers explored a newly opened wildlife refuge at the site of a former nuclear weapons plant in Colorado on Saturday, while a protester in a gas mask brought signs warning about the dangers of plutonium.

With no fanfare, the U.S. Fish and Wildlife Service opened the gates of Rocky Flats National Wildlife Refuge on the perimeter of a government factory that made plutonium triggers for nuclear bombs for nearly four decades.

Spread across a rolling, wind-swept plateau 16 miles (26 kilometers) northwest of downtown Denver, the refuge is a rare oasis of tallgrass prairie, with bears, elk, falcons, songbirds and hundreds of other species. The refuge offers sweeping panoramas of the Rocky Mountain foothills and Denver's skyscrapers.

"You get these incredible views," said Jerry Jacka, who spent two hours mountain biking at the refuge Saturday.

Jacka said he was not worried about his safety, despite lawsuits and protests by people who argued the government has not tested the refuge thoroughly enough to make sure people are safe using it.

"I don't believe that they're covering up any sort of information about pollutants and radioactive elements and stuff in the soil," Jacka said.

The government built plutonium triggers at Rocky Flats from 1952 to 1989, a history marred by fires, leaks and spills. The plant was shut down after a criminal investigation into environmental violations. 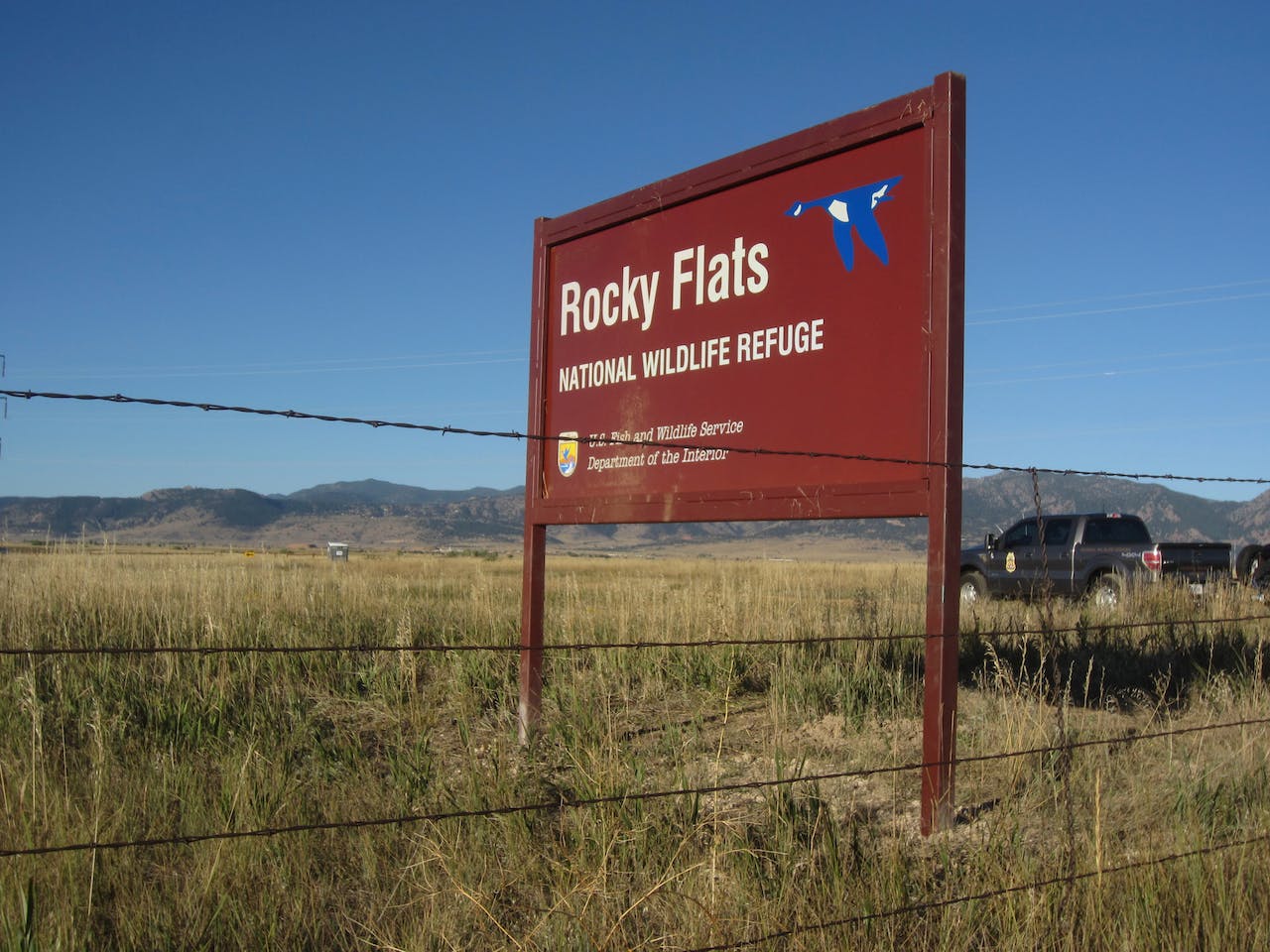 A U.S. Fish and Wildlife Service officer drives into the Rocky Flats National Wildlife Refuge outside Denver on Saturday, Sept. 15, 2018, the first day the refuge was open to the public. The refuge is on the outskirts of a former U.S. government factory that manufactured plutonium triggers for nuclear weapons.AP Photo/Dan Elliott

The U.S. Energy Department, which oversaw the plant, said it found 62 pounds (28 kilograms) of plutonium stuck in exhaust ducts of buildings.

Rockwell International, the contractor then operating the plant, was fined $18.5 million after pleading guilty in 1992 to charges that included mishandling chemical and radioactive material.

The weapons complex covered 2 square miles (5 square kilometers) at the center of the site. It was cleaned up at a cost of $7 billion but remains off-limits to the public. The 8-square-mile (21-square-kilometer) buffer zone surrounding the manufacturing site was turned over to the U.S. Fish and Wildlife Service for a refuge.

About 10 miles (16 kilometers) of trails are now open at the refuge. Visitors are told to stay on the paths and not wander the grasslands.

State and federal health officials say the site is safe, but some people worry that plutonium particles eluded the cleanup and could be sprinkled over the refuge, where hikers and cyclists could stir them up or track them home. At least seven Denver-area school districts have barred school-sanctioned field trips to refuge.

If inhaled, plutonium can lodge in lung tissue, where it can kill lung cells and cause scarring, which in turn can cause lung disease and cancer, according to the federal Centers for Disease Control and Prevention.

"You have a situation where you still have plutonium in the soil being disturbed by the wildlife and the weather," said Stephen Parlato, his voice muffled by the gas mask he wore at a refuge trailhead Saturday.

Parlato said the mask had a filter capable of blocking plutonium particles and that he wore it for protection, not for show.

"You even have school districts that have gone on the record to say they do not allow their students to come on trips here. This is an ongoing danger," he said.

Jon Simon, another cyclist who rode the refuge trails Saturday, said he doubted he would develop plutonium-related health problems in his lifetime, but worried that children might be vulnerable.

"I wouldn't want to walk my kid through here every day in the morning for our morning walk or something like that," he said. "But I'm old enough.... That's not what's going to get me."

The opening was in the works for months but was thrown into doubt Friday afternoon when Interior Secretary Ryan Zinke, who oversees the Fish and Wildlife Service, said he wanted to wait for more information about safety.

An hour later, the Interior Department said a review was complete and the refuge would open.

Department spokeswoman Faith Vander Voort did not respond to an email seeking more information about the review.