Cheating Workers Out of Wages is Easier than Ever

How timekeeping software could be used to facilitate wage theft.

Elizabeth C. Tippett, Associate Professor, School of Law, University of Oregon
Labor laws are often based on how we worked decades ago.
AP Photo/Richard Sheinwald

Jara Neal Willis, a nurse at a hospital in Texas, usually clocked in a few minutes before the start of her shift and stayed late whenever her patients needed help. Her lunch breaks were often cut short by requests from doctors, patients or their families.

Willis and her colleagues, however, claimed they were not paid for those extra few minutes worked before and after their shifts. Or for working during lunch breaks.

It wasn’t because of mischievous gremlins falsifying their time cards in a backroom, but settings in the software the hospital used to track comings and goings. Two features alone, “rounding” and “automatic break deductions,” could result in the loss of up to 44 minutes a day – or US$1,382 a year at the federal minimum wage.

Timekeeping software was the focus of a study I co-authored last year documenting how it could be used to facilitate wage theft.

But it left a lingering question: Did companies actually use these features to shortchange workers? Based on my review of hundreds of lawsuits like Willis’, the answer is yes – and it’s just the tip of the iceberg.

Wage Theft Gets a Tech Upgrade

“Wage theft” is a shorthand term that refers to situations in which someone isn’t paid for the work. In its simplest form, it might consist of a manager instructing employees to work off the clock. Or a company refusing to pay for overtime hours.

A report from the Economic Policy Institute estimated that employees lose $15 billion to wage theft every year, more than all of the property crime in the United States put together.

That report, however, focused on workers being paid less than the federal or state minimum wage. Our 2017 study, which was based on promotional materials, employer policies and YouTube videos, suggested that companies can now use software to avoid paying all sorts of hourly workers.

When an employee clocks in for the day – using a computer login, ID badge or phone – that employee’s time log becomes a form of data.

I wanted to know if there was any evidence that employers have ever used rounding and automatic break deductions to change that data, to their workers’ detriment. So I did what law professors normally do in such situations: I ran a search of legal opinions to see if there were any cases in which workers sought to reclaim wages lost through digital wage theft.

Before our study, I hadn’t even heard of this practice, so I expected to find only a handful of cases. Instead, I found hundreds and hundreds of legal opinions involving digital wage theft. And this suggests there are hundreds more because, typically, for every case that results in a legal opinion many more do not.

I decided to read a bunch to get a flavor for what employees were claiming and a window into how employers were using the software. I eventually stopped after wading through more than 300 cases, which are described in a study published in the American Business Law Journal.

The study’s methodology does not support quantitative inferences about how often digital wage theft occurs or how much money U.S. workers have lost to these practices over time.

But what I can say is that this is not a theoretical problem. Real workers have lost real money to these practices.

Rounding – the functionality used to nickel and dime workers like Jara Willis – is a convenient way for companies to consistently reclaim employee hours.

Even though the software can precisely record the time an employee clocks in and out, the “rounding” functionality changes that time according to a preset increment. Companies argue they use it to increase payroll predictability.

The preferred rounding increment in the cases I reviewed appeared to be to the quarter hour. So arriving to work at 8:53 a.m. would be rounded to 9, while 8:52 would become 8:45.

In theory, employees could even the odds when it comes to rounding by carefully timing their arrivals and departures. They could show up late or leave early, or punch in extra early or leave extra late.

But companies have two extra weapons to corral employee punches to work in their favor: policies and discipline. Yes, you could show up late or leave early, but then you’d be flagged for discipline under the attendance policy.

Sometimes employers in these cases further stacked the deck by prohibiting workers from punching in more than seven minutes early. Others actually “invited” employees to punch in up to seven minutes early, labeling it a “grace period,” as though it were an accommodation to workers.

Willis’ hospital, however, took a highly unusual approach to persuading workers to clock in during periods that favored the hospital. According to testimony from that case, supervisors labeled any employee who clocked in too early or out too late, thereby gaining minutes under the rounding system, a “moocher.”

One manager even posted “no mooching” signs with a picture of a cow and a time clock in the hospital hallway.

Rounding works the odds, sort of like a casino. And in fact, some of the cases I reviewed actually involved casino workers, perhaps because they are especially attuned to statistics and realize they’re on the wrong side of the equation.

In one case brought by casino workers, the plaintiff’s expert estimated that the 2,100 employees who opted into the lawsuit lost 87,710 hours over a five-year period, or roughly $950,000 at their $10.80 average hourly rate.

But the company’s rounding policy actually covered 28,000 employees. If those workers were similarly affected by the policy, that would have meant a loss of about 1.17 million hours, or $12.6 million in wages the company was able to reclaim through the rounding policy over five years.

The case settled for $450,000, about half of which went to attorneys’ fees. In other words, even though this particular company was caught, dragged through litigation and forced to settle, it still would have made a hefty profit from its rounding policy. That’s not exactly a deterrent.

Employers also reclaim time through what is known as “automatic break deductions.” The software assumes that you took your full meal break, even if you didn’t.

In some workplaces, taking a lunch break can be difficult, especially for those providing patient care in hospitals and nursing homes. Studies of nurses suggest that they are completely unable to take breaks in about 10 percent of shifts and aren’t relieved of duty for meals and breaks in about 40 percent.

In the cases I reviewed, companies didn’t make it easy for workers to override the break deduction. Employees complained that they didn’t have authorization to do so and instead had to fill out an extra paper form. Or ask their supervisor for approval. Or both.

Companies even discouraged workers from doing so. A nurse received an “action plan” from her hospital after requesting too many break overrides. Rather than fixing the staffing problems that led to the missed breaks, the hospital recommended that she “keep snacks in her office.”

So how did this problem come about in the first place?

These types of employer abuses are made possible by half-century-old rules that permitted rounding because at the time companies had to calculate hours by hand.

The outdated regulations assume that rounding will “average out” in the long term, essentially forcing workers to prove that they don’t – as in the cases I reviewed.

That leaves employers free to use rounding because it’s theoretically possible that it all might average out. And because collective litigation to recover lost wages requires affected workers to “opt in” to a class action suit, only a small fraction of workers ever get their money back.

What’s more, the outdated regulations don’t even mention automatic break deductions. That leaves courts struggling to figure out what’s fair in cases where there often isn’t even an electronic record of the missed break.

This problem is not going away. As long as these regulatory loopholes exist, employers and software makers will find ways to exploit them. That means if you’re paid an hourly wage, you may very well be losing out. 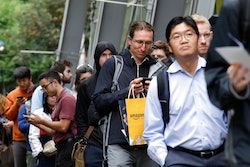 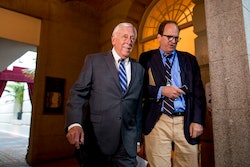 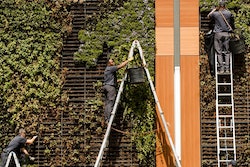