Americans are swapping out jeans for yoga pants. 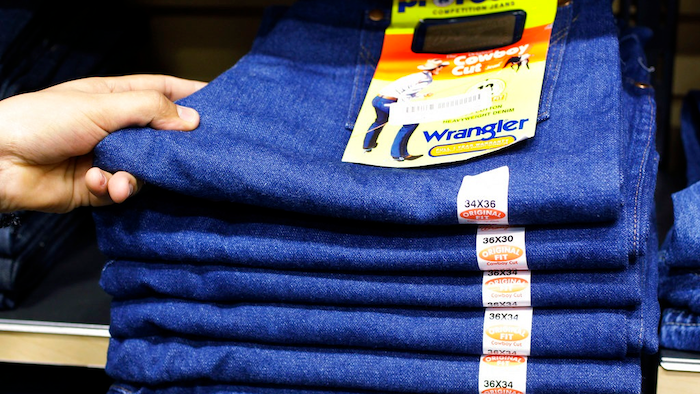 In this Feb. 4, 2011, File photo, Wrangler jeans are displayed at a store in Hayward, Calif. VF Corp. says it plans to split into two publicly traded companies, with one focusing on clothing and footwear and the other concentrating on jeans and its outlet businesses. VF Corp. previously sold the Nautica brand and purchased the Altra, Icebreaker and Williamson-Dickie brands. Some of its other brands include The North Face, Timberland and Wrangler.
AP Photo/Paul Sakuma, File

NEW YORK (AP) — The company that makes Wrangler and Lee jeans is breaking off its denim division to focus on its fast-growing outdoor and activewear business as Americans swap out jeans for yoga pants.

VF Corp. said Monday the non-denim division would include its other well-known brands, The North Face and Timberland, Altra, Icebreaker and Williamson-Dickie.

The preference toward activewear has fueled growth at companies like Lululemon, Under Armour and Nike. Retailers like The Gap and Target have hopped aboard. Even traditional jeans makers have added stretch to their denim to catch up.

The change in what people wear is playing out every quarter at VF. In the most recent quarter, revenue from activewear surged 25 percent and outdoor revenue rose 6 percent. Revenue from denim increased 3 percent.

VF expects 6 percent to 8 percent revenue growth in its outdoor business this fiscal year and 13 percent to 14 percent growth in its active division. Revenue in denim is expected to be flat, VF Corp. said last month.

The yet-to-be-named outdoor and activewear division is expected to generate annual revenue of around $11 billion. It will move from North Carolina to the Denver area in the next year.

VF said it expects the tax-free spin-off of its denim business to generate annual revenue of $2.5 billion. The company that operates the denim and also its outlet businesses, called NewCo, will remain in Greensboro, North Carolina.

The separation, which needs final approval from board members, is expected to be completed in the first half of next year.