The expansion means about 200 jobs within three years of opening. 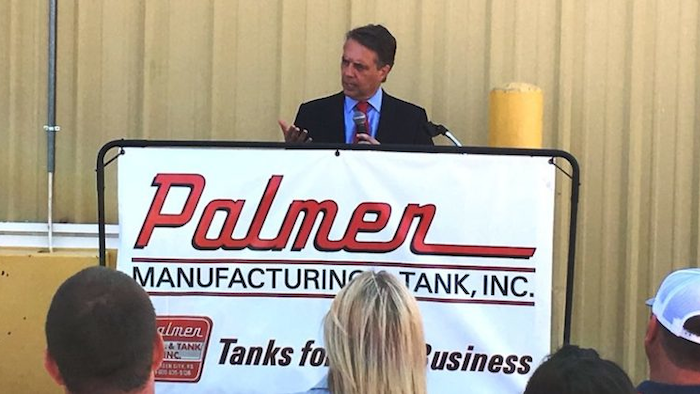 GARDEN CITY, Kan. (AP) — Officials with a manufacturing plant in Garden City say the business is planning an expansion that could create several new jobs.

KSN reports Palmer Manufacturing and Tank plans to invest $16 million in its Garden City plant. The company makes steel and fiberglass tanks and processing equipment for the oil and gas industry.

The plant has been re-acquired by its original owner, Cecil O'Brate. Plans are to employ about 200 people within three years of opening.