Why Marchionne Stood Out as an Industry Leader

A look at some of the biggest accomplishments of the former CEO of Fiat Chrysler Automobiles, who died Wednesday. 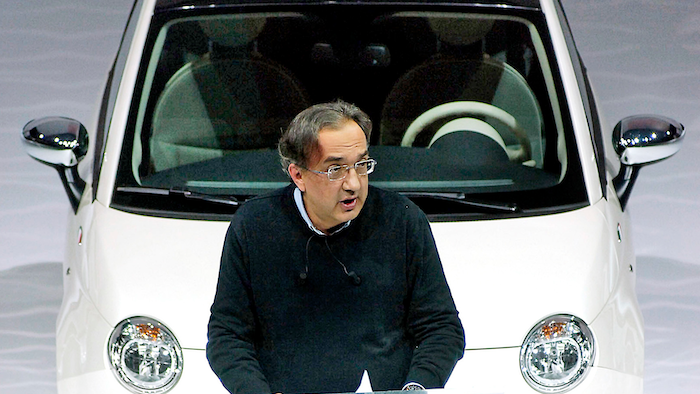 Fiat CEO Sergio Marchionne delivers his speech during the official presentation of the new Fiat 500 in 2007.
AP Photo/Massimo Pinca, file

MILAN (AP) — Sergio Marchionne, the founding CEO of Fiat Chrysler Automobiles who died Wednesday, was widely recognized as an industry leader. Here's a look at some of his biggest accomplishments.

FCA to Invest $1B in Michigan Plant