5 Years After Declaring Bankruptcy, Detroit Reborn at a Cost

The turnaround since then has been remarkable, but it has cost some people more than others. 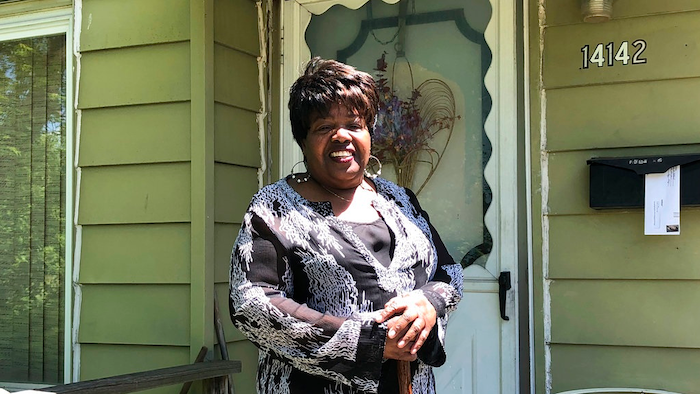 In this June 6, 2018 photo, Alice Holland stands outside the front door of her home in Detroit's Brightmoor neighborhood. Holland likes how things are improving in Detroit five years after the city filed the largest municipal bankruptcy in U.S. history, but says more improvements can be made in city neighborhoods. Holland complains that trash-clogged drains cause some streets in Brightmoor to flood during heavy rains.
AP Photo/Corey Williams

DETROIT (AP) — It's been five years since Detroit bottomed out after decades of decline, admitting in the largest U.S. municipal bankruptcy filing ever that the country's one-time industrial engine could no longer pay its bills.

The turnaround since then has been remarkable, with major investments that have brought new jobs, the rebirth of neighborhoods whose best days were half a century ago and the restoration of street cleaning and lighting — services so basic yet important to a sense of community. It also cost some people more than others.

Jean Estell, 65, worked about three decades in Detroit's recreation and public works departments before retiring in 2004. Like other retirees, she lost part of her pension and all of her retiree health coverage in the bankruptcy settlement with creditors, and she's worried about being left behind in this new Detroit.

"I'm glad we're doing better. I want us to do better," Estell said of the city. "But it looks like somewhere or other they can find some money and give us our money back. At least some of it."

Before the bankruptcy settlement, she received about $2,300 per month. Estell said she gets about $63 less per month from her pension and now has to pay for her own health care. Prescription co-pays that once were $3 now are $25 for some of the roughly eight medications she takes, and her doctor visits cost more, too.

"I don't go as often as I should. You get sick and you suffer through it," she said.

Given where Detroit stood five years ago, things could be worse for the city's roughly 670,000 residents, including current and former city workers affected by the settlement, said James McTevia, a turnaround expert and managing member of McTevia & Associates in suburban Detroit.

"Before Detroit sought the protection of the courts to resolve its financial problems, the citizens — who are the real people that count — were in a lot worse shape than they are now," he said. "Before the bankruptcy, the citizens were not getting the services they deserved. They were having trouble with water, sewer, garbage, feeling secure."

Indeed, when state-appointed emergency manager Kevyn Orr filed for Chapter 9 protection for Detroit on July 18, 2013, residential streets hadn't been swept in about three years and the city was well on its way to tearing down thousands of homes abandoned during the exodus of more than a million people that began in the 1950s.

With its tax base decimated, Detroit's faced $14 billion in long-term debt and a $327 million budget deficit in 2013. City workers, including police and firefighters, had their pay cut. Employees were forced to take unpaid days off.

Detroit emerged from bankruptcy in December 2014, having restructured or wiped out $7 billion in debt. The city was forced to follow a strict spending plan and has been able to build cash surpluses while posting three consecutive years of balanced budgets.

"Since Detroit came out of bankruptcy, there have been billions of dollars spent in Detroit," McTevia said. "People that were once fearful in investing in the city just fell over themselves to invest in Detroit. If you go to Detroit now, it's a different city than it was five years ago. It has a different image and it is a vibrant city."

At Fred's Key Shop, a family-owned Midtown locksmith that has been in business for more than 50 years, workers have seen the change. Fred's is a few blocks from a year-old professional hockey and basketball arena and a planned commercial, residential and entertainment district.

"We're busier than ever," said office manager Bryan Knoche. "More people are moving into Midtown and that means more business to be had. There also weren't fancy restaurants five years ago. There's definitely a lot of money coming into the area and people coming in from New York and L.A."

Brown, 58, said he once had 15 employees and contracted with Detroit to help repair streets. Now he works for his father's trucking company.

The contract and the bulk of his work ended after the city entered bankruptcy. Brown said he considered switching over to demolition work, but had trouble getting a loan to buy the equipment.

"I didn't have enough funds to get started like I wanted to," he said.

Some parts of the city, like downtown and the Midtown cultural district, had been on the upswing before the bankruptcy filing but many broken neighborhoods still suffered. Savings from the bankruptcy has allowed Detroit to spend more to improve quality of life. Street sweeping resumed last year, and Detroit has thousands of new street lights. Police and paramedics show up more quickly when 911 is called.

Investors are building hundreds of apartments, condominiums and homes in and around the downtown area. The city, along with philanthropies and nonprofits, is fixing up older homes.

Alice Holland, who lives in Brightmoor, said crews cut the high grass in vacant lots but don't clear enough of the illegally dumped trash from the neighborhood, which clogs drains and causes streets to flood during strong storms.

"You'll see me ... taking my stick and cleaning out the drains," she said. "I like the city and what's going on. You can fix up downtown, but fix up the neighborhoods, too."

A demolition company used 171 pounds of explosives to implode the stack and an adjoining conveyor.
Jun 16th, 2021 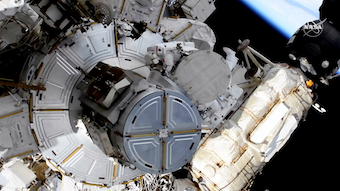 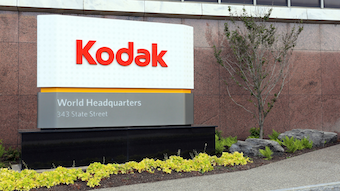 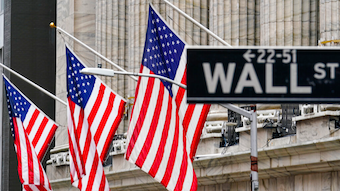 The White House points to charts that dig into two key market-based measures of inflation and show no cause for alarm in the medium to long term.
Jun 16th, 2021

Self-Driving Pioneer Gets $2.5B to Fuel Ambitions