After years of failed plans, Ford has announced its logo will adorn the building. 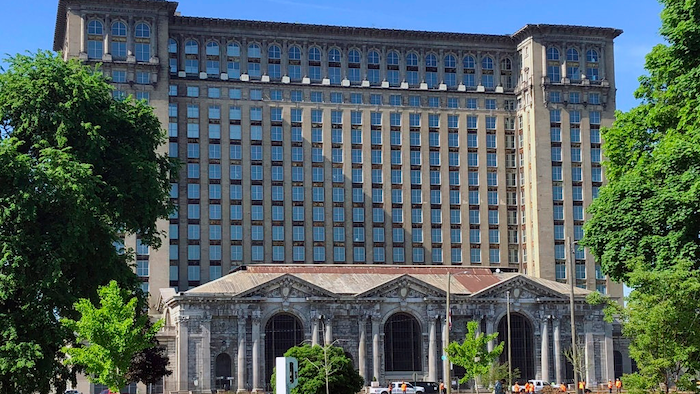 This May 25, 2018, file photo shows the old Michigan Central Station in Detroit. Owners of the vacant, hulking 105-year-old building are planning to make an announcement about its future Monday morning, June 11, 2018.
AP Photo/Corey Williams, File

Moroun says Ford plans to disclose details of the redevelopment soon. Ford says an announcement is planned next week.

After years of failed plans, talk has centered on redevelopment spearheaded by Ford board member Edsel B. Ford II.

Ford recently began moving about 200 members of its electric and autonomous vehicle business teams into a refurbished former factory near the train station.